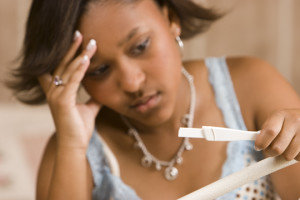 BATON ROUGE, Louisiana, April 7, 2016 (LifeSiteNews) – The Louisiana House approved an increase in the waiting period for an abortion from 24 to 72 hours yesterday in an overwhelmingly supported bi-partisan vote, bringing the state in line with five others having the country’s longest waiting time.

All five NAY votes came from Democrats, and of the 89 YEAS, 26 were Democrat and one was Independent.

The legislation has the approval of Democrat Governor John Bel Edwards, with no debate and no lawmakers opting to speak against it. Pro-life laws have had bi-partisan support in the Louisiana Legislature in the past as well.

“Louisiana's one of the top pro-life states in America,” said Representative Frank Hoffmann, the lawmaker behind the waiting period measure.

Louisiana was ranked as the number-one pro-life state on Americans United for Life’s Life List for six consecutive years through 2015 under former Republican Governor Bobby Jindal.

“It can certainly help prevent against later regret,” Hoffmann said. “It's the life of the unborn child that will be affected by the decision.”

Other states with 72-hour waiting periods include Missouri, North Carolina, Oklahoma, South Dakota and Utah. A number of others have a 48-hour waiting time.

The bill heads now to the Louisiana Senate.