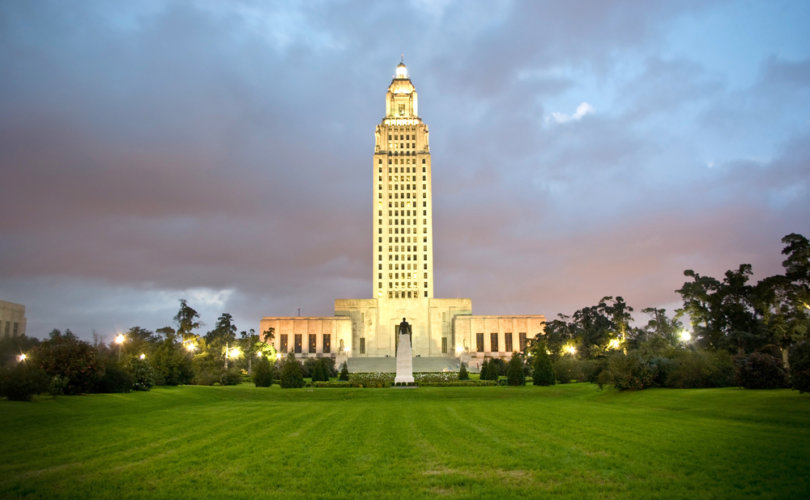 BATON ROUGE, Louisiana, May 18, 2016 (LifeSiteNews) – Louisiana lawmakers voted this week to ban dismemberment abortion, bringing the state one step closer to joining several others in prohibiting the commonly performed procedure.

The State Senate gave final legislative approval to the bill in a 36-2 vote Tuesday, sending it now to Governor John Bel Edwards. The House had overwhelmingly backed the measure.

Edwards spokesman Richard Carbo confirmed the governor expects to sign it, according to the Washington Times.

Known formally as the dilation and evacuation, or “D&E,” method of abortion, dismemberment abortions are used in roughly 95 percent of second trimester abortions. Forceps are used in the procedure to tear the unborn child’s limbs from the child’s body for removal from the mother’s womb.

The Unborn Child Protection From Dismemberment Act has one exception, where it would be allowed to prevent “serious health risk” to the mother.

If the ban becomes law, Louisiana would become the sixth state to ban dismemberment abortions, following Alabama, which approved its ban last month, and Kansas, Oklahoma, West Virginia and Mississippi.

Louisiana Governor John Bel Edwards, who describes himself as a pro-life Democrat, has supported other pro-life legislation in the state, for example a 72-hour waiting period approved by the House of Representatives in early April. The measure later passed in the Senate before returning to the House where it is expected to gain final approval before heading as well to the governor for his signature.

Louisiana had been ranked the number-one pro-life state in the U.S. on the Americans United for Life “Life List” for six continual years up through 2015 under the leadership of former Republican Governor Bobby Jindal.