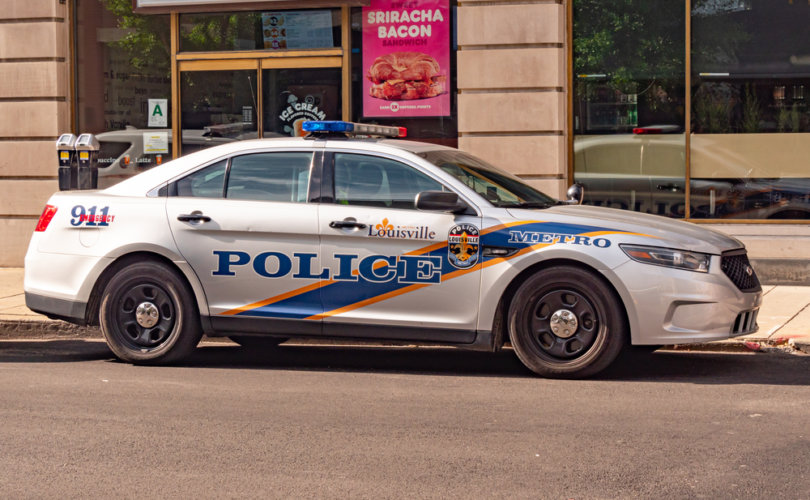 LOUISVILLE, Kentucky (LifeSiteNews) – A police officer suspended for four months after he was pictured praying in front of an abortion clinic filed a lawsuit last Monday against Louisville Metro Police Department (LMPD) claiming that his constitutional and civil rights were violated.

Schrenger is also seeking damages, a jury trial, back pay and front pay “in amounts to be determined,” punitive damages, and attorney fees.

Schrenger was suspended for more than four months pending an investigation after a picture on a pro-abortion Twitter account surfaced showing Schrenger in front of the clinic.

Schrenger was suspended and stripped of his police powers later that day. A subsequent investigation into the incident concluded with no action taken against the officer.

Shields said the pictures posted to Twitter were in fact pictures of Schrenger, but since Schrenger attempted to cover up his uniform with a coat, LMPD cleared him of any violations of policy and told him to comply moving forward.

According to LMPD policy, officers are prohibited from taking part in political or religious activities while in uniform. Shields also pointed out that as LMPD had not been enforcing policy, Schrenger’s alleged violations could not be sustained.

However, the lawsuit claims that there was a double standard, as “LMPD officers’ participation in [Black Lives Matter and LGBTQ marches] was done at the encouragement of the LMPD.” Internal documents obtained by the Thomas More Society, a pro-life law firm based in Chicago representing Schrenger, point out that officers who took part in those events never were punished.

Further, the lawsuit states that as Schrenger’s actions were “not clearly prohibited,” there should neither have been a suspension nor an investigation. The suit goes on to say that Schrenger “is a 13-year LMPD veteran, with multiple commendations, and without any significant previous complaint against him. He has four young children to support. He is the sort of officer LMPD easily could have talked to, if LMPD found his off-duty prayer activities to be inappropriate.”

The suit goes on to say that LMPD “purposely delayed concluding” the investigation, pointing out that Schrenger’s police powers were not restored until two weeks after Shields announced that no action would be taken against him.

Matthew Heffron, senior counsel at the Thomas More Society, said, “No one should be treated the way the Louisville police chief and city government treated one of their finest, but it’s particularly awful because they punished him for praying, of all things … and while off duty, no less.”

Heffron went on to say that the abortion clinic where Schrenger was originally photographed “manufactured the situation, blew it up with intentionally negative publicity, and egged on the city government – who took it out on Officer Schrenger.”

LifeSiteNews reached out to the Thomas More Society for further comment and has yet to receive a response.