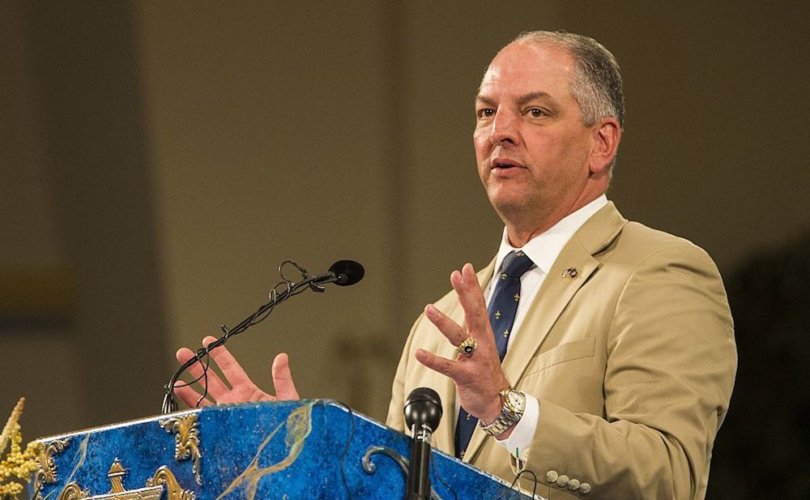 On Tuesday, Edwards signed Senate Bill 388, which will criminalize mail-ordered “abortion-inducing drug(s)” beginning August 1, as reported by the Daily Wire.

SB 388 will “prohibit criminal abortion by means of the use of an abortion inducing drug without the prescribing physician being physically present during the administration of the drug.”

The bill permits forms of emergency contraception, including abortifacients. Those who fail to comply with this law can face a $1,000 fine and a maximum of six months in prison. However, pregnant women will not be prosecuted under this law.

While Louisiana had previously required women to take abortion pills in a doctor’s office, it was not a criminal offense to mail abortion pills.

According to a Guttmacher Institute report, in 2020, abortion pills became the leading cause of abortion, causing 54% of abortions. In America, abortion pills have become increasingly available,  despite serious health risks. During COVID-19 lockdowns, Planned Parenthood mailed abortion pills to women who could ingest them without any medical oversight.

On Tuesday, Edwards also signed Senate Bill 342, increasing the punishments for the state’s trigger law, which will take effect if Roe v. Wade is overturned. This bill was promptly criticized by the pro-abortion Biden White House.

READ: Biden administration has opened the way for ‘abortion by mail on a massive scale’

The bill, sponsored by pro-life Democrat Senator Katrina Jackson, expands upon a 2006 law that would outlaw abortion in Louisiana in the event Roe v. Wade is overturned.

The only exceptions allowed by the bill include ectopic pregnancies, or pregnancies in which fertilization takes place outside of the uterus, and pregnancies in which the infant could not survive postpartum. The bill further states that for a woman to get approval to have an abortion, she would need to get a diagnosis from two separate doctors.

The bill also imposes a prison sentence of 15 years and up to $200,000 in fines for abortion providers. Abortion patients are excluded from prosecution and fines under the bill.

As the news of the potential overturning of Roe v. Wade has shocked America, many states have responded by passing a series of pro-life laws to protect defenseless unborn children.

Last month, Oklahoma Gov. Kevin Stitt signed a new heartbeat law banning all abortions after around six weeks of pregnancy and another bill banning nearly all abortions from conception.

Similarly, many Republican-led states, including Idaho and Florida, have enacted pro-life legislation in anticipation of the Court’s ruling.