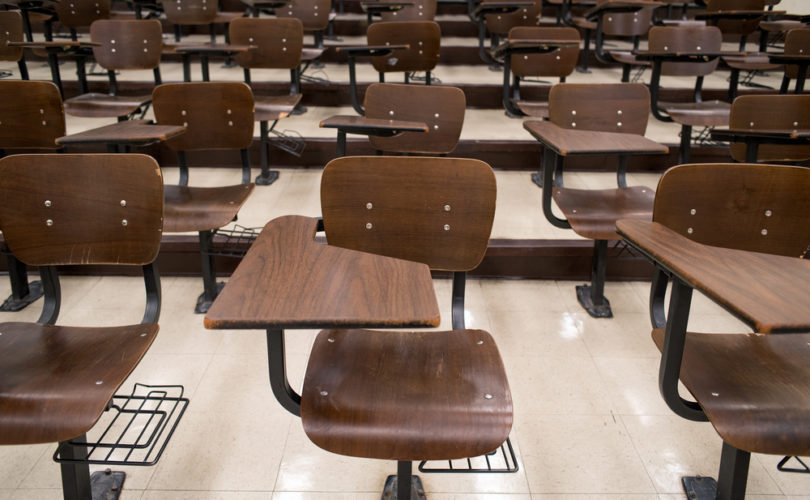 January 20, 2016 (CardinalNewmanSociety) — Loyola Marymount University’s (LMU) Catholic identity will disappear in a matter of years if administrators continue the current and dangerous trajectory towards secularization by not hiring faithful Catholic professors, according to Dr. Christopher Kaczor, a professor of philosophy at the University.

“It is magical thinking to believe LMU is immune from losing its identity. To do nothing, to continue the status quo of religious indifferentism in hiring, is to eventually join the list of formerly Catholic institutions. Higher education does not need one more flavor of vanilla,” Kaczor wrote in an article on Catholic World Report explaining LMU’s dilemma.

“My prediction is that the process of secularization will be completed within a generation,” he stated.

Only 94 of the University’s professors surveyed, about 24 percent, identify as Catholic according to a recent “Faculty Climate Survey,” Kaczor explained. The situation will soon worsen, he predicted, as a majority of the senior faculty preparing to retire are predominantly Catholic. LMU would need to replace all retiring Catholic faculty with new hires who identity as Catholic in order to simply maintain their minority level of 24 percent, let alone increase that percentage to regain a strong Catholic identity.

Faculty composition is “the most important” factor for the Catholic identity of a university, Kaczor told The Cardinal Newman Society in an interview, as professors help to shape course offerings, syllabi, classroom discussion and academic tone, and often serve for decades.

“Even a great president or dean cannot do much in the face of tenured faculty opposition,” he said, noting that other critical areas, such as the tenor of student life on campus and the religious practice of students, could be positively affected by faithful faculty.

If the number of Catholic faculty and administrative staff continues to decline, LMU risks faithful faculty leaving for stronger Catholic colleges, alumni discontinuing their donations, students choosing to attend other colleges and an accelerated secularization of the University, Kaczor stated in his article.

However, there are solutions that the University can easily incorporate if it wants to take seriously its Catholic identity and what it means to be a Catholic university, Kaczor explained.

First, LMU needs to keep track of the religious identity of incoming faculty, just as it does with race and gender, in order to see if the loss of Catholic faculty is worsening or tapering off.

Faculty candidates could also be asked to respond in detail to the University’s mission statement during the interview and hiring processes. This would show which applicants are willing to support the religious mission and identity of the University and how they specifically see themselves contributing to that mission.

The University could also create endowed chairs within certain departments, such as theology, philosophy, history, literature and Catholic studies, that highlight Catholic identity and the Catholic intellectual tradition, Kaczor suggested. Other options include recruiting from other Catholic universities and colleges, creating new positions in “Catholic Studies,” and seeking out faculty and staff who are strong advocates for increased Catholic identity.

To the question, ‘Who counts as Catholic?’ I would answer … by self-identification. If candidates volunteer their religious identity, it is fair to also then ask — as we do of other candidates — how various parts of their background relate to teaching, research, and fit with the distinctive mission of the university. There are Catholics for whom religious faith animates virtually everything that they do, and Catholics for whom faith is entirely irrelevant to what they do. We need more Catholics of the first kind.

And if the University wants to offer a meaningful Catholic college education, it can no longer use the excuse that “hiring for mission” has nothing to do with religious identity, Kaczor noted.

Asked by the Newman Society about any potential backlash from colleagues or administrators for his public criticisms of the University, Kaczor said, “Almost all my colleagues profess belief in the value of diversity, tolerance of freedom of thought, and open dialogue with opposing views, so I should have nothing to worry about.”