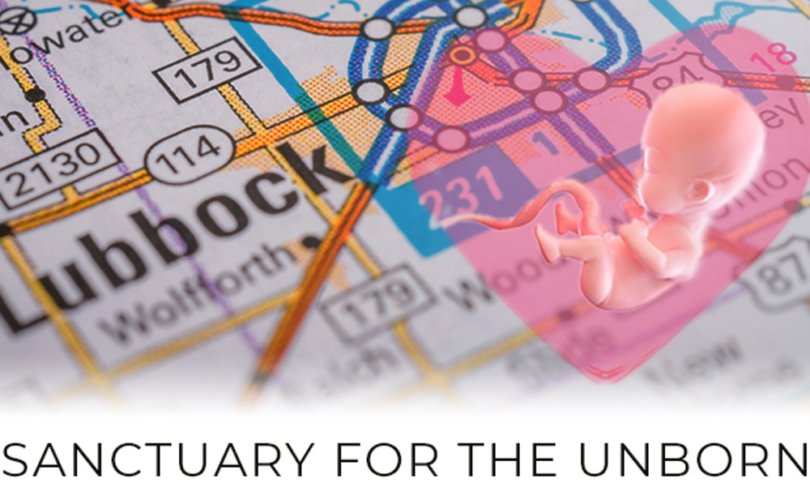 LUBBOCK, Texas (LifeSiteNews) — A local ordinance declaring Lubbock, Texas, a “sanctuary city for the unborn” means that Planned Parenthood will not resume abortions in the town anytime soon, even if ongoing courtroom battles again pause or ultimately strike down the statewide Heartbeat Act.

On May 1, voters in Lubbock passed the ordinance by about 62% to 37%, stating, “Abortion at all times and at all stages of pregnancy is declared to be an act of murder,” and therefore it is unlawful “to procure or perform an abortion of any type and at any stage of pregnancy,” or “to knowingly aid or abet” an abortion in the city.

Lubbock, with a population of about 259,000 people, is the largest city in the United States to ban abortion. While other cities in Texas and a few other states have passed similar sanctuary measures, Lubbock is the only one that had an active abortion facility.

Planned Parenthood sued to invalidate the ordinance, but Judge James Wesley Hendrix of the U.S. District Court for the Northern District of Texas dismissed the suit in June for “lack of jurisdiction,” finding that Planned Parenthood does not have standing to sue the city because “the ability to remedy a plaintiff’s injury through a favorable decision” is “absent.”

Last week, U.S. District Judge Robert Pitman granted the Biden Justice Department’s request to temporarily block enforcement of the Texas Heartbeat Act, which requires abortionists to screen for a preborn baby’s heartbeat and prohibits abortion if a heartbeat can be heard (generally as early as six weeks), with exceptions only for medical emergencies.

Pitman’s decision did not stay in effect long, however; following an appeal from the Texas Attorney General’s Office, a panel of judges from the Fifth Circuit Court of Appeals allowed enforcement to resume two days later. Attorney General Ken Paxton had argued that Pitman’s order “violates the separation of powers at every turn.”

But while that temporary reprieve elicited mixed reactions among state abortion chains, with Whole Woman’s Health announcing a resumption of abortions and Planned Parenthood more noncommittal in light of the state’s appeal and potential civil suits if the law is ultimately upheld, the answer is much more straightforward in Lubbock.

“The injunction applies to the application of SB 8 in Lubbock as in all other parts of Texas. But the issue is that the Lubbock ordinance, which bans abortion at all gestational ages, remains in place,” a Planned Parenthood representative told Everything Lubbock on October 7. Planned Parenthood has not committed a single abortion in the town since the sanctuary ordinance was enacted.

Ultimately, the fate of the Texas Heartbeat Act and other abortion bans – including sanctuary ordinances – will be decided by the Supreme Court, most likely in an upcoming case concerning Mississippi’s ban on abortion at 15 weeks. All interested parties are anxiously awaiting such a showdown, as it is expected to be the most conclusive test yet as to just how pro-life the Supreme Court’s current majority truly is.