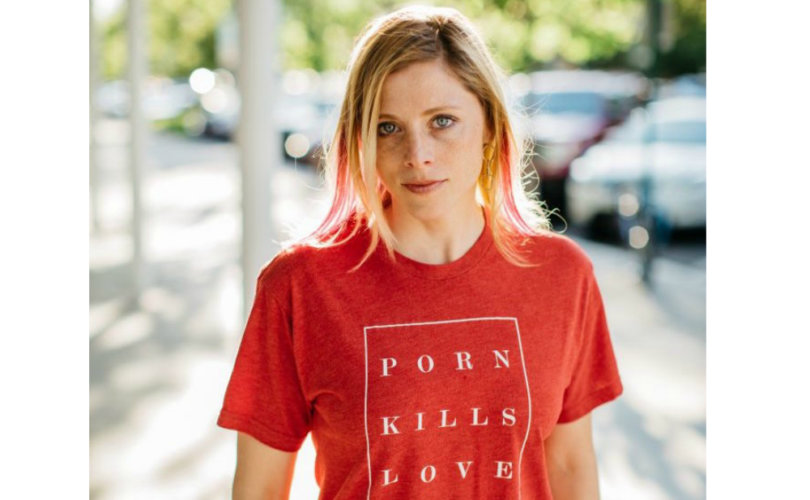 Bradley explains the wardrobe choice she made during the Neon Trees’ appearance on “Late Night with Seth Meyers” last year in a new interview with the anti-porn group Fight the New Drug.

Bradley, who was pregnant at the time, wrote the slogan on one of her own white t-shirts with a black Sharpie marker and proudly wore it on NBC.

“You should sell pregnancy tees so I don’t have to make my own,” she tweeted after the show.

The mix of positive and “sarcastic” responses she received convinced her that she had accomplished her goal of making people think about the impact 24/7 porn-on-demand is having on the children and families.

Now a mother of three, Bradley says she is happily married and considers herself “pro-sex” within the context of marriage. That’s why she speaks out against the way pornography distorts sexuality and imitates love.

Families increasingly find themselves threatened by the changes pornography creates in one, or both, partners, she says.

A new study finds that someone who begins watching pornography has double the chance of getting divorced within the next two years.

“It is a real problem, and I want to draw attention to that!” she says.

Bradley, an outspoken Mormon, did missionary work in Frankfort, Germany, and attended Brigham Young University. She did not join the Neon Trees’ lead singer Tyler Glenn, who is homosexual, in his solo single this spring bashing the church over its upholding traditional sexual morality.