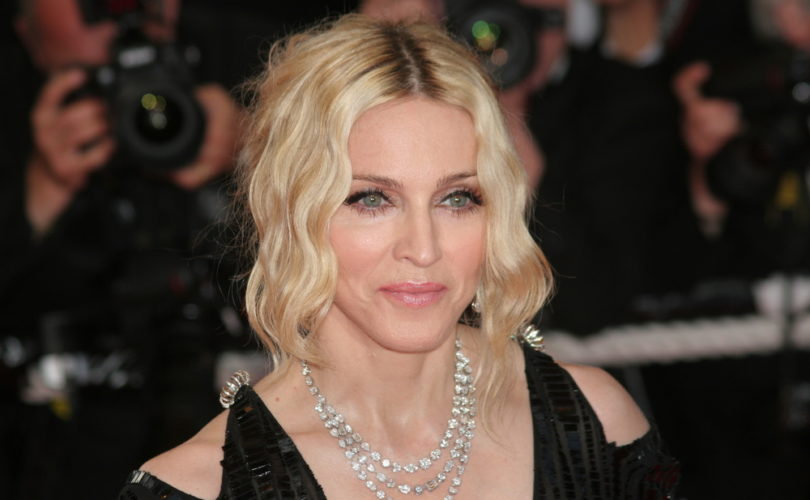 NEW YORK, March 10, 2015 (LifeSiteNews.com) – Millions around the world consider her a pop legend, one of the greatest female musical artists of the last three decades. They wait in line to buy her concert tickets and download her latest tracks.

But to her 18-year-old daughter, Madonna is Mom – and she wishes the 56-year-old would focus more on that than her sex-soaked stage performances.

Madonna told NBC's Today show that her eldest daughter, Lourdes, is “horrified” by her antics and wants her “to be her mom.”

Appearing to promote her 13th CD, Rebel Heart, host Carson Daly asked Madonna about how she reconciles her proud role as a “normal mom” with her sexually explicit lyrics and stage shows.

“Every time my kids would visit me in the studio, it would just so happen that I'd be working on a song like 'Holy Water' or 'S.E.X.',” she said, referring to two of the new titles.

“The other little kids” – nine-year-olds David and Mercy – “they're not tuned into that frequency yet,” she said.

“And Lo [Lourdes] is horrified by all of it,” she confessed. “She just wants me to be her mom.”

The scene is the opposite of 50 Shades of Grey star Dakota Johnson, whose mother, '80s starlet Melanie Griffith, did not want to see her daughter barenaked and abused in last month's poorly reviewed blockbuster.

While Griffith and Don Johnson lit up the TV screen, Madonna took sexually explicit lyrics and on-stage romps to a new level of raunchiness in the 1980s, rolling on the stage half-nude, mainstreaming bondage outfits, even making out in her Like a Prayer video with an actor portraying Jesus Christ come down from the Cross.

Off-stage, Madonna promises her wild days are over. “I'm really boring on the road, I swear,” she said.

Madonna tried to be a mother to Lourdes, who just enrolled in her mother's alma mater, the University of Michigan. Madonna gave her daughter three pieces of advice: “Try to do everything in moderation. Try not to kill all your brain cells. And try to go to class.”