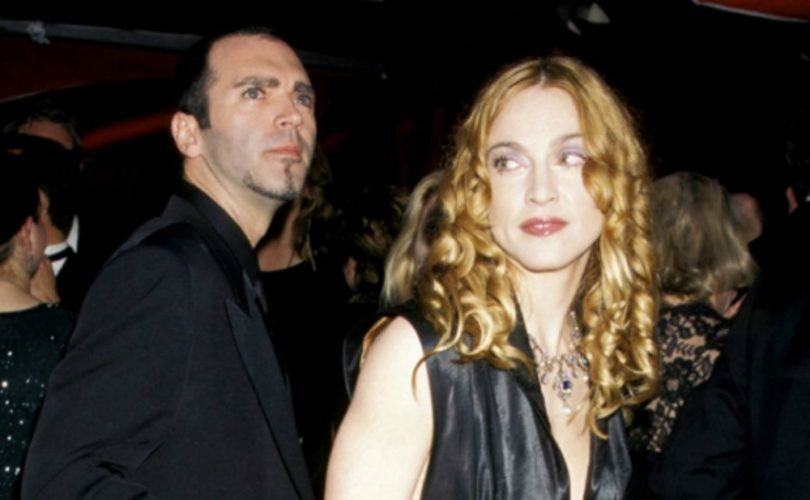 Madonna and her brother Christopher Ciccone

On Saturday, Ciccone posted on his Facebook page that while Davis “is required to follow federal law” as “a civil servant,” making her do so is hypocritical in light of the federal government not enforcing other laws. He also criticized “the gay community” for being “sore winners.”

“Once again, the gay community feels the need to be sore winners,” said Ciccone. “Is it so difficult to allow this women her religion?…or must we destroy her in order for here to betray her faith. No matter how we judge its truth. The rights we have all fought for, mean nothing, if we deny her hers.”

Regarding the law, Ciccone asked “why should she” follow the law “when DOJ and other civil authorities don't follow federal law when they choose not to….. i.e. Washington State and Colorado (POT) come to mind…or the abstract notion of 'sanctuary cities'…..i always thought that sanctuary was the province of churches…”

While he mocked Davis' backers, saying that she “deserves about as much support as you would give her if she were a muslim women who insisted on covering her face and refused not only gay marriages licenses, but divorce, accusations of rape and driving a car without ur mans approval,” Ciccone also reminded readers that Davis was elected to her position.

“If the folks of this county in Kentucy don't want her as the county clerk….then don't have to vote for her…..that is how a democracy works….not to mention the courts,” he said.

Ciccone also cited his own faith in defending Davis' right to have her beliefs. “Since when are we the arbiter of other peoples faith?” he asked. “Can you honestly say that you know how much a person is allowed to have??..if i'm not mistaken, it's in the constitution…..something about religious freedom or something……selective shaming and bullying corrupts a democracy….freedom of press, speech and religion give it strength.”

“Not to mention reason and the god given compassion we as humans have a right and responsibility to practice.”

After his post received widespread media attention, Ciccone wrote Sunday that “I love everyone and everything and I have no opinion whatsoever about anything. Everyone happy now?”

Ciccone is a designer and artist who most famously worked off and on for his sister in various capacities from the early 1980s to the early 1990s. His 2008 book Life with My Sister Madonna reached #2 on the New York Times' bestseller list. A review at TIME.com describes the book as a graphic tell-all from Ciccone, who held bitterness towards his sister.

According to Ciccone's Wikipedia page, Madonna “outed” him as gay in a 1991 interview without his permission.