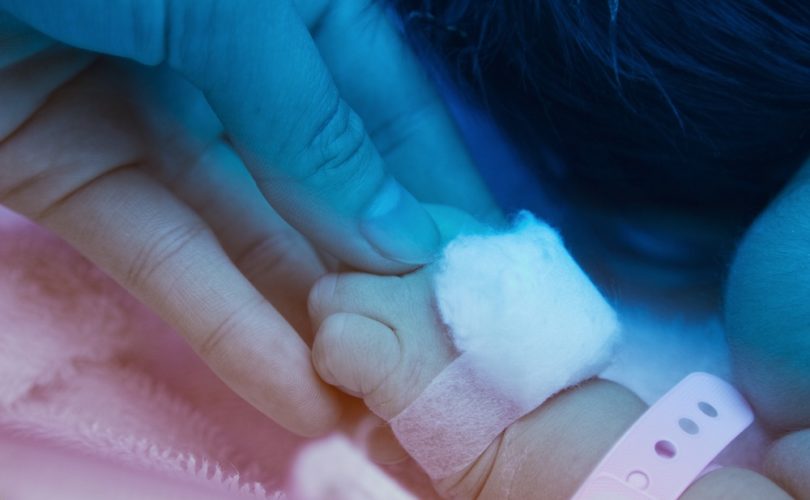 Maine health officials are backing down from a fight with a mother who wants a ‘do not resuscitate’ (DNR) order for her infant daughter rescinded.

Last year, infant Aleah Peaslee was in a coma after her father allegedly abused her. Her family then signed a DNR order. However, once Peaslee regained consciousness, her mother tried to have the DNR rescinded. State officials refused, and Virginia Trask sued to regain custody of Peaslee.

This week, Maine Department of Health and Human Services Commissioner Mary Mayhew said in a statement, “If the higher court upholds the previous decision that a parent’s rights can be overridden by the department, this administration will not exercise that misplaced authority.”

This is a significant reversal for state officials. Having been given temporary custody of Peaslee because of the alleged abuse, they had previously said that neither parent was able to make choices necessary for Peaslee's welfare. The Associated Press reports that this was in part because Trask previously wanted to continue her relationship with the father. So Trask sued to the State Supreme Court, a move that garnered support from Gov. Paul LePage.

“This case is disturbing and is not reflective of my administration’s position that a parent who is the legal guardian of their child should have final say in medical decisions about life-sustaining treatment,” LePage said last week, according to Fox News. “The existing law violates the sanctity of parental rights, and I cannot support it. Unless a parent is deemed unfit and parental rights are severed, the state should not override a parent’s right to make medical decisions for their own child.”

Steve Robinson, a conservative commentator and writer based in Maine, told LifeSiteNews, “When you've got a sprawling, unaccountable bureaucracy like Maine's Department of Health and Human Services, bad things are bound to happen. Fortunately Gov. LePage and Mary Mayhew were able to intervene in this situation to ensure that parental rights, so crucial to the preservation of ordered liberty, are respected and human life is honored.”

Trasks's attorney has said that she will continue her lawsuit despite the department's decision, partly because “the administration's support for my client's position does not invalidate the existing court order.” Likewise, “although Governor LePage and his administration has decided to support her position, for which she is of course grateful, there is no guarantee the next administration will do the same.”