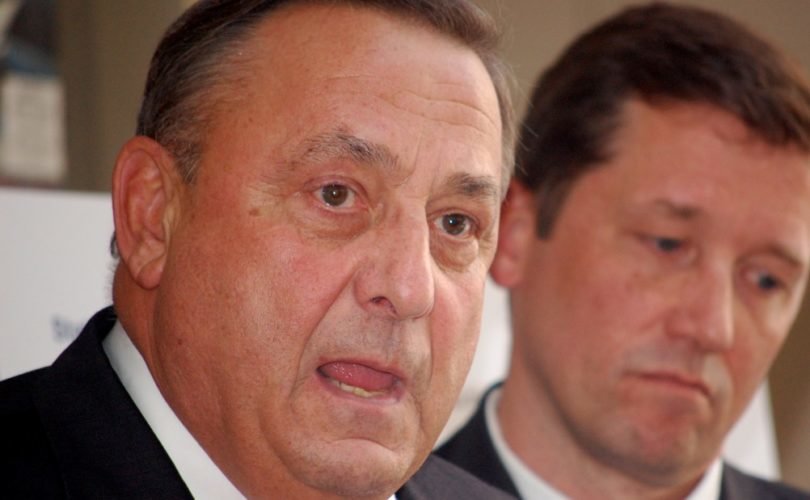 AUGUSTA, ME, June 18, 2015 (LifeSiteNews) – Legislators in the state of Maine rejected two modest pro-life bills as its session came near to its close.

Lawmakers in both houses voted down a measure requiring minors to obtain parental consent before having an abortion. On Wednesday, the state Senate turned back the motion, L.D. 83, by a one vote margin (18-17), while the House voted against the bill 77-67.

Sen. David Burns, R-Whitig, said the bill protected parental rights. “There are many parents out there who are being cut out or isolated from that important decision,” he said. Opponents said requiring parental involvement would cause teenage girls to seek out unsafe abortions.

It was the third time a parental consent law was introduced in the state in the last six years.

Maine will allow its abortion facilities to remain unregulated, as well, as legislators dismissed L.D. 1312, “An Act To License Outpatient Surgical Abortion Facilities.”

“The reality is putting this law into place would give the Department of Health and Human Services the opportunity to come in whenever they see fit and add additional regulations,” said Nicole Clegg of Planned Parenthood of Northern New England.

The bill's sponsor, state Rep. Deb Sanderson, R-Chelsea, wrote that “critics of the bill point out that no issue at an abortion clinic has been reported since the 1990s.”

“Perhaps that’s because there hasn’t been any oversight of these clinics, which currently self-report any issues that may crop up,” she retorted. “It’s not hard to have a spotless record when you provide your own oversight. Should we wait until there is a preventative fatality before we decide to act?”

Lack of state oversight has been a problem elsewhere in the Northeast, enabling Kermit Gosnell to violate Pennsylvania state law with impunity while running his Philadelphia “house of horrors.”

Had either state measure passed in Maine, it would have been signed into law. Republican Paul LePage, one of the nation's most outspoken governors, is staunchly pro-life. He once shared an emotional story of how his unborn sister's miscarriage, caused by his father's abuse, affected him throughout his life. The tragedy of losing a child is one pro-life leaders have been making for a very long time.