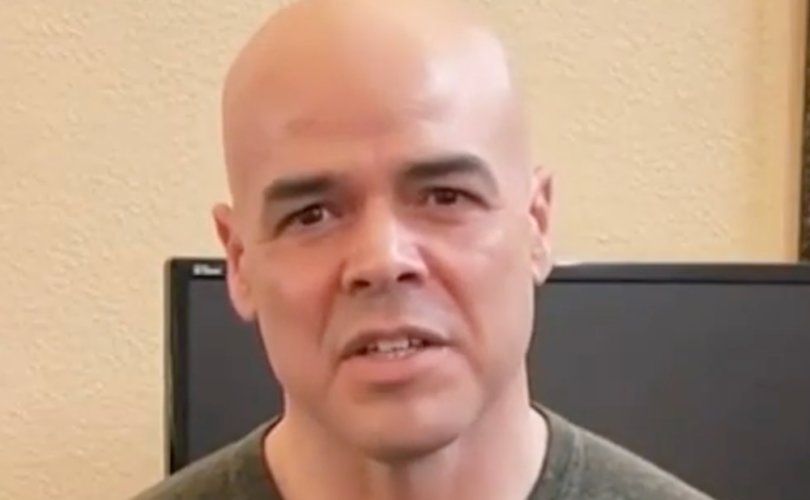 LAS VEGAS, Nevada (LifeSiteNews) – Law enforcement charged a Democratic politician with the murder of a Las Vegas Review-Journal reporter, but much of the mainstream media ignored the suspect’s political affiliation in its coverage.

These omissions happened despite the strong possibility that Robert Telles’ motivation in allegedly murdering reporter Jeff German was political – German wrote articles critical of the suspect’s work as Clark County public administrator which may have contributed to Telles losing a June Democratic primary, according to CBS News. The CBS News article does not mention political affiliation until the 24th paragraph.

A letter Telles posted after losing the primary called the Review-Journal a “rightwing paper,” though German covered allegations against Republicans too.

“ABC’s ‘Good Morning America’ introduced Telles as a ‘local politician’ and later described him as a ‘Las Vegas county official,’” according to a Fox News analysis.

Some media outlets did mention that Telles was a Democratic Party politician. The Washington Post mentioned it in the sixth paragraph of its article on the arrest while the Associated Press described Telles as a “Democrat” in the second paragraph.

— Article continues below Petition —
PETITION: Supreme Court must defend religious liberty of Christians who refused to bake gay-wedding cake
Show Petition Text
4114 have signed the petition.
Let's get to 5000!
Thank you for signing this petition!
Add your signature:
Show Petition Text

Liberal journalists tie the attack – to Donald Trump and Republicans

Liberal journalists have tried to tie the alleged murder of a reporter at the hands of a Democrat to Republicans.

At the press conference responding to the incident, a reporter decided to ask the sheriff whether he condemned DONALD TRUMP. pic.twitter.com/g2N6PcAg4q

“Do you condemn former President Trump’s normalization of violence against journalists?” Gentry asked. She had prefaced her question by saying it “is probably not the appropriate time to talk politics.”

Two staff writers for the Los Angeles Times similarly tried to draw parallels between the murder of a journalist to Republican Greg Gianforte’s body slam of a reporter in 2017.

After discussing Jarrod Ramos, who “armed with a shotgun and smoke grenades stormed the newsroom of the Capital Gazette in Annapolis, Md., killing five staff members and injuring two others,” journalists James Rainey and Brittny Meija cited Gianforte.

“In 2017, U.S. Rep. Greg Gianforte, a Republican running for reelection in Montana, body-slammed a reporter from the Guardian at a public event,” the newspaper reported. “Convicted of a misdemeanor, Gianforte paid a $385 fine, completed 40 hours of community service and 20 hours of anger management training, wrote an apology letter and donated $50,000 to the Committee to Protect Journalists.”

“But the most visible critic of the news media in the country, then-President Trump, saw no need for apology. Said Trump: ‘Any guy who can do a body slam, he is my type!’ The president also referred to the media as the ‘enemy of the people,’” the LA Times reporters wrote.

The LA Times piece only mentioned Telles’ Democratic Party affiliation once – to criticize Fox News for calling out media coverage of the suspect.

The LA Times, in its piece about how journalists are vilified and  said that “numerous MAGA supporters emphasized Telles’ party affiliation.”