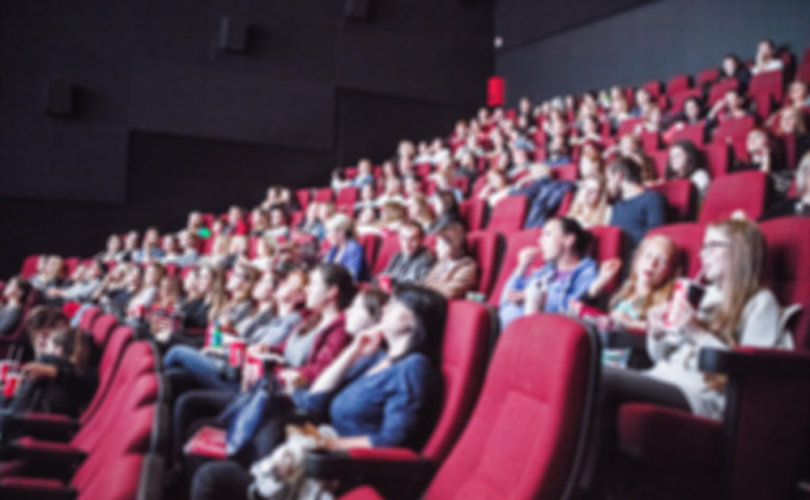 Mark Thiessen of The Washington Post noted that despite all the roadblocks thrown up before the makers of the pro-life film, including an R-rating, the film grossed more than $6 million in its first weekend.

In a review called “The movie abortion supporters don’t want you to see,” the WaPa columnist noted that the R-rating only underscored the film’s premise: that abortion is an act of violence.

“Instead, it validated the film’s premise. As Ashley Bratcher, the actress who plays Johnson, explained, ‘We don’t have nudity, we don’t have sex, we don’t have language, so the only thing they could give us an ‘R’ for is violence. So that means they agree that abortion is a violent and disturbing act.’”

“They would not give it an ‘R’ if it depicted a tonsillectomy,” Thiessen observed.

He dismissed accusations that “Unplanned” is a propaganda film, pointing to its negative portrayals of some pro-lifers and sympathy for heroine Abby Johnson’s earlier compassion-based pro-abortion stance.

“But the movie also shows us what really takes place inside a Planned Parenthood clinic,” Thiessen added.

“At one point, Cheryl invites Abby to chat with her in the ‘P.O.C.’ room. When a nurse asks if Abby knows what ‘P.O.C.’ stands for, she replies ‘products of conception.’ No, her colleague says, it means ‘pieces of children.’ Every aborted child must be reconstructed so that they can be sure no parts were left inside the womb.”

Thiessen’s review was unusually positive. Other mainstream media either concentrated on the surprise of the film’s success or bemoaned its themes.

Scott Mendelson of Forbes magazine concentrated on the movie’s outlier status as a successful faith-based film. Noting most Christian films earn an average of $4.5 million each, the critic suggested that the weekend’s “Unplanned” victory was nearly supernatural

“… A smaller-scale and overtly religious drama from a small studio opening as well as Unplanned did, with or without help from churches, almost qualifies as, well, a miracle,” he wrote.

Luke Thompson, also of Forbes, panned the film, casting doubt on author Abby Johnson’s memories and objecting to her claims about Planned Parenthood.

“This movie was not made for me,” he wrote in a review entitled “‘Unplanned’ preaches (a lot) to the anti-abortion choir.”

“I have utilized Planned Parenthood for emergency birth control in the past, and fully believe their portrayal here as a company whose employees mostly genuinely enjoy having lots of abortions happen is nasty propaganda.”

Owen Gleiberman of Variety accused “Unplanned” of “preaching to the pro-life choir.”

“‘Unplanned’ isn’t a good movie, but it’s effective propaganda — or, at least, it is if you belong to the group it’s targeting: those who believe that abortion in America, though a legal right, is really a crime,” he wrote.

“It’s hard to imagine the movie drawing many viewers outside that self-selected demographic.”

Gleiberman objected to the portrayal of Planned Parenthood as “as profit-driven as Standard Oil.”

“Planned Parenthood is as imperfect as any bureaucracy, but the idea that the agonizing decision to have an abortion, for tens of thousands of women, is being secretly guided by the profit motive is a distorted and arguably paranoid view,” he wrote.

“But it plays into the current flavor of right-wing rage, which co-opts the anti-establishment tropes of the ’60s, resulting in the kind of faux-rebel fever that allowed Donald Trump to ascend by running against big government and big business.”

Jordan Hoffman of the UK’s Guardian mocked the film’s producers, Pure Flix, saying they used the “sex and gore” of the “Hollywood playbook they despise.”

“Don’t get too excited,” Hoffman joked in his “Anti-abortion propaganda is a gory mess.”

“The sex is off-screen, but results in a lot of out-of-wedlock pregnancy,” he added.

“And the gore doesn’t come from action-adventure sequences, but from grisly abortion complications in which chunks of bloody fetal tissue slap against cold tile floors.”

He acknowledged that the gore was “disgusting” and that the film could “even work as effective anti-choice propaganda if it wasn’t so ham-handedly stitched together.”

Whereas other reviewers praised star Ashley Bratcher’s performance, Hoffman described it as “sub dinner theatre” and ended his review with the declaration that he was going to make a donation to Planned Parenthood.

The Rotten Tomatoes film review site illustrates the wide gap between critics and audience opinion of “Unplanned.” Whereas the critical reviews reviewed in a 50-50 “Fresh/Rotten” split, 93 percent of voting audience members liked the film.