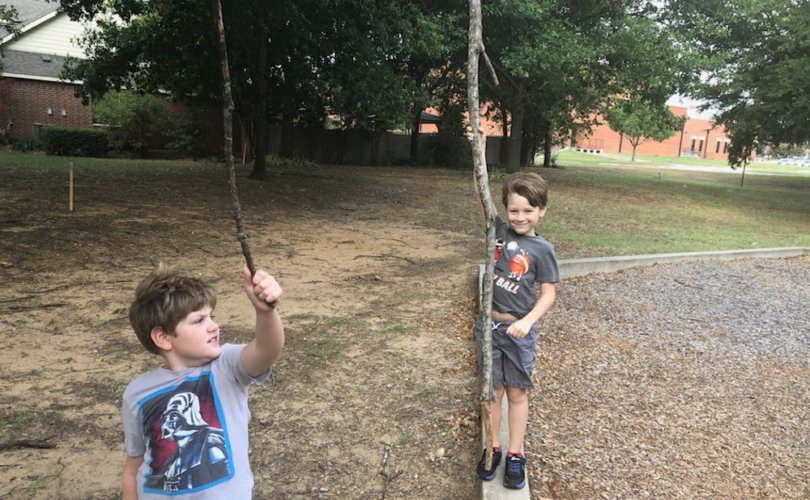 DALLAS, Texas, October 23, 2019 (LifeSiteNews) – The mainstream media have largely ignored a jury’s ruling against Jeffrey Younger, the man trying to protect his seven-year-old son, James, from being “transitioned” into a girl.

Since the verdict’s release, social media has exploded. Matt Walsh, a conservative writer, speaker, and author, started the hashtag #protectjamesyounger, which now has over 44,000 tweets. Twitter no longer lists it as a trending hashtag despite tweets using it coming out every few minutes.

Additionally, many conservative media outlets picked up the story after LifeSiteNews’ reporting from the courtroom. The Daily Wire, Brietbart, The Blaze, The Federalist, The American Conservative, and others published articles about the ruling.

LifeSiteNews also did a radio interview with Jim Schnieder on CROSSTALK, a conservative Christian radio show.

Despite the significance of this case, the liberal mainstream media largely ignored it. Only LifeSiteNews, The Texan, and the Russian news outlet Channel One were present at the trial itself.

Judge Kim Cooks made it clear in her attitude toward the spectators that she was not happy about the media’s reporting on the case. Ashley StClair, a conservative who has over 159,000 twitter followers, posted screenshots showing her twitter account has been blocked by the judge.

Lawyers for Dr. Georgulas, the mother trying to “transition” James, also focused on the conservative media attention the case has received, calling it “irresponsible” for Mr. Younger to do interviews.

Mr. Younger told the court, “I think it is important for people to know what’s going on in the court and in the medical field.”

The implications of this case will impact more than just this family.

“I’m deeply really concerned about this case because this has to do with something that is becoming more and more prominent in our society, and that is the transgender ideology,” Jill Glover, a licensed professional counselor, told LifeSiteNews. “We are gravely concerned not only for the health of this little boy but for other children who may be in this predicament and we are trying to raise awareness for that.”

“We are hoping that our Texas legislature will pass a law in the next session to prevent children under 18 form being given pberty blockers or hormmones until they reach an age of adulthood where they can decide whether or not they want to 'transition' to the opposity sex,” she said.

Currently, there are no states in the U.S. that restrict the distribution of puberty blockers or cross-sex hormones to minors. Additionally, the ruling presents concerns about religious freedom, parental rights, and whether children who are barely of elementary school age are capable of understanding the lifelong ramifications of taking drugs that will, among many other things, sterilize them.