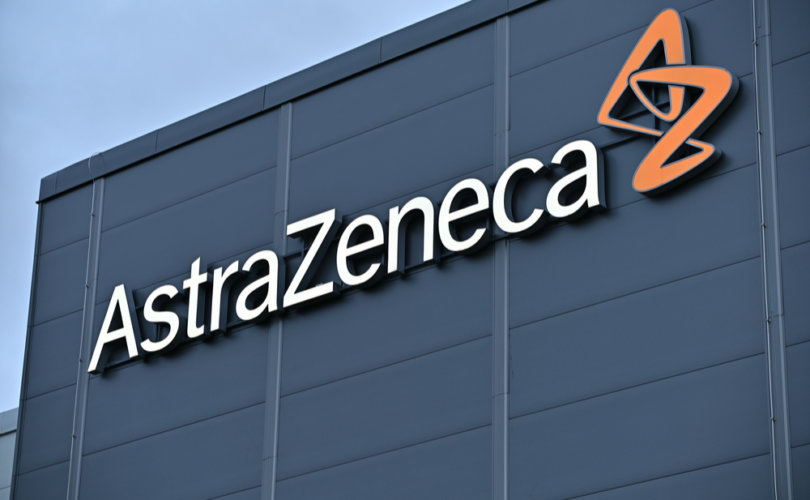 (LifeSiteNews) – New data suggests that AstraZeneca’s COVID-19 jab is associated with an increased risk of the degenerative nervous disorder Guillain-Barré syndrome (GBS), an autoimmune condition which can cause “devastating paralysis.”

Researchers at University College London’s (UCL) Queen Square Institute of Neurology identified the Oxford/AstraZeneca-designed COVID jab as correlative with a rise in cases of GBS between two and four weeks of receiving the shot, the Telegraph reported.

The research team, led by Professor Michael Lunn, said that the same effect had not been discovered in either Pfizer of Moderna’s mRNA-developed jabs, leading them to speculate that the “Trojan horse” delivery system utilized in the AstraZeneca jab could be the cause of GBS development.

“At the moment we don’t know why a vaccine may cause these very small rises in GBS. It may be that a non-specific immune activation in susceptible individuals occurs, but if that were the case similar risks might apply to all vaccine types,” Lunn told the Telegraph.

AstraZeneca developed its COVID shot using a weakened chimpanzee adenovirus to deliver the COVID spike protein into the body of recipients. While the UCL team suggested that a negative reaction to the mitigated adenovirus could be responsible for the rise in GBS cases, a Swedish research team discovered last October that the spike protein introduced by the jab can embed itself in cell nuclei and “significantly inhibit DNA damage repair,” affecting “adaptive immunity.”

— Article continues below Petition —
PETITION: No to mandatory vaccination for the coronavirus
Show Petition Text
1082134 have signed the petition.
Let's get to 1100000!
Thank you for signing this petition!
Add your signature:
Show Petition Text

Lunn stated that “[it] is therefore logical to suggest that the simian [chimp] adenovirus vector, often used to develop vaccines, including AstraZeneca’s, may account for the increased risk [of GBS].”

According to the U.K.’s Yellow Card reporting scheme, which documents physicians’ reports of adverse events arising after the administration of medications in Britain, 497 people in the U.K. have developed GBS (with five cases being fatal) in the days and weeks after taking the AstraZeneca jab, representing four times as many such reports arising from the Pfizer and Moderna jabs combined.

According to the UCL researchers, there was an unexpected spike in GBS cases between March and April of 2021, during which time reports rocketed by 40 percent. Further analysis showed that 20 percent of GBS cases from January to October last year occurred within six weeks of receiving the first shot of AstraZeneca’s jab.

Although reports are now surfacing in mainstream media regarding the association of AstraZeneca’s COVID jab and GBS, the danger has been known for some time.

In July last year, the European Medicines Agency (EMA) announced that data at the time “neither confirms nor rules out a possible association” between Guillain-Barré syndrome and the shot, and told healthcare providers “to be alert to signs and symptom of GBS.”

Consequently, the agency’s safety committee “recommended a change to the product information for Vaxzevria [AstraZeneca’s COVID jab] to include a warning to raise awareness among healthcare professionals and people taking the vaccine of cases of Guillain-Barre syndrome (GBS) reported following vaccination.”

In response to the UCL analysis an AstraZeneca spokesman said that “Guillain-Barre Syndrome has been reported very rarely following vaccination with Vaxzevria,” adding that “in the U.K., Vaxzevria had been administered to more people than any other vaccine during the time frame studied in the manuscript.”

Despite the increased danger of GBS, alongside other life-threatening conditions such as myocarditis and pericarditis (inflammation of the heart and surrounding sac), the spokesman highlighted that the “EMA and other international bodies including the WHO [World Health Organization], have all stated that the benefits of vaccination continue to outweigh any potential risks.”

Coroners have confirmed at a number of recent U.K. court hearings that AstraZeneca’s COVID-19 shot led to the early deaths of Britons who took the shot as part of Britain’s COVID jab rollout.

Despite confirmation of the “key” role played by the “vaccine” in the deaths of numerous individuals, and the injuries of more still, by the end of last month the U.K. government had not payed any of the 1,200 claimants to the Vaccine Damages Payment Scheme.

Many vaccines use a similar system as that found in the AstraZeneca COVID shot, some of which have already been associated with the subsequent development of GBS. Although symptoms of the condition are usually limited to numbness, tingling, and paralysis, the Mayo Clinic estimated that between 4 and 7 percent of cases lead to death.

Like AstraZeneca, Johnson & Johnson in the U.S. relies on adenovirus technology in its single-shot COVID jab, leading to surge in reports of GBS following reception of the shot last year.

Lunn recognized that while Johnson & Johnson uses a human adenovirus rather one derived from chimpanzees, the “commonality link is an adenovirus vector … and the implications are broad because adenoviruses are used in quite a lot of vaccines and genetic therapies.”

After 100 preliminary reports of GBS were submitted to the U.S. Vaccine Adverse Event Reporting System (VAERS) before July, 2021, the Food and Drug Administration (FDA) issued an official warning and added a label to Johnson & Johnson’s COVID jab alerting of the risk of GBS.

Those vaccinated with the Johnson & Johnson shot are believed to have a three-to-five times greater risk than would typically be observed in the U.S.