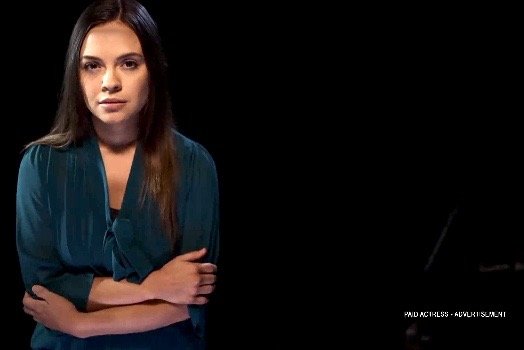 RANCHO SANTA FE, California, September 2, 2020 (LifeSiteNews) – Mainstream television channels have refused to run ads asking women who previously got abortions at Planned Parenthood facilities in California to help expose the abortion giant. The ads were not accepted by any network because of their abortion-related content.

The Thomas More Society, a pro-life law firm working together with special counsel Charles S. LiMandri, will now be using social media to distribute the ads.

In the two 30-second ads, the women – paid actresses – say, “Planned Parenthood told women their fetal tissue will be donated to science. Instead they sold it to big biotech companies for huge profits.”

“If you are a California resident who had an abortion at a California Planned Parenthood clinic in the last 10vyears, you may be entitled to compensation.”

“After almost 30 months as an undercover investigative journalist, David publicly unveiled the damning and gruesome results of his investigation, in a release he called the ‘Human Capital Project,’” the law firm wrote on its website.

“David uncovered evidence of infants born alive and vivisected for their organs, illegal partial birth abortions, and a host of financial and ethical violations relating to the illegal trafficking in aborted baby body parts.”

“Abortionists altered abortion procedures to procure more commercially valuable fetal organs and parts, in flagrant disregard for medical ethics and patient health,” the website’s summary added. “These altered abortion procedures were even done with the intended result of delivering fully ‘intact’ fetuses, some of whose hearts were still beating.”

“There was tons of money being made, and yet they told the women that they were donating the body parts,” the lawyer emphasized. “They never told them that there was a big market.”

With the campaign of the Thomas More Society to find plaintiffs for the new lawsuit just getting started, the lawyer thinks that Planned Parenthood is “going to find out soon, if they don’t already know, because we’re just now at the point where we’re making it public.”

“Up until now, we’ve been putting everything together,” he said, including a 50-page complaint.

LiMandri expects the abortion provider, which killed at least 345,672 babies in just one year, according to its 2018-2019 annual report, to “do what they always do.”

“They’ll try to obfuscate, try to get a felony charge,” he explained.

The case has “the potential to bring down Planned Parenthood,” LiMandri is convinced. At the same time, he cautioned, “Whether that happens or not remains to be seen.”

“It could be financially crippling,” he continued. “It could be the basis for Congress to do what the came very close to doing in defunding Planned Parenthood to the tune of half a billion dollars in government money.”

When LiMandri and the Thomas More Society find plaintiffs, they would sue Planned Parenthood for medical battery and breach of fiduciary duty, as well as bring claims for violation of the California Consumer Legal Remedies Act and violation of the California Unfair Competition Law. They also would seek injunctive relief, restitution of monies received as a result of fetal tissue transfers, compensatory damages, punitive damages, and attorneys’ fees.