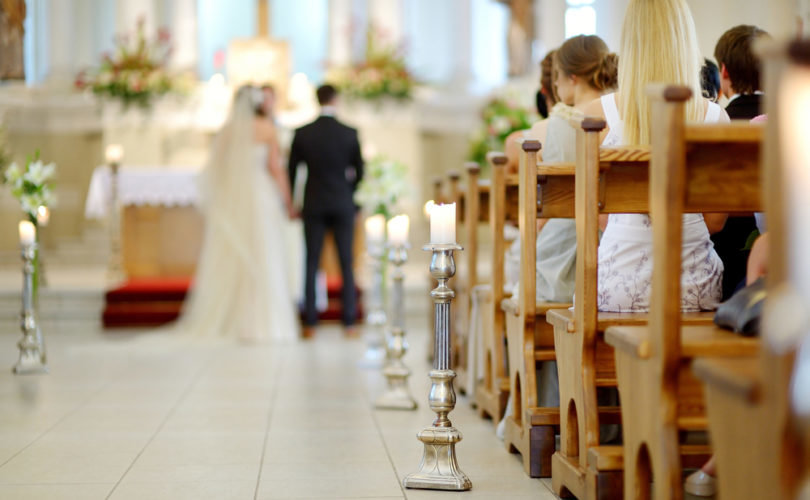 Note: Ask Pope Francis to uphold traditional Church teaching on marriage and family at the Synod. Join 615,000 and sign the petition here.

ROME, September 14, 2015 (LifeSiteNews) — As many as 60 highly distinguished Catholic moral theologians and philosophers are appealing to Pope Francis to delete a controversial paragraph from the preparatory document for the Synod of the Family that they say “contradicts” Catholic teaching against the “intrinsically evil act” of using contraception.

They say if the text is approved during the Synod next month in Rome, it could have “devastating consequences for the faithful.”

“As Catholic moral theologians and philosophers, we feel morally obligated to speak out against the distortion of Catholic teaching implicit in paragraph 137,” state authors David Crawford and Stephan Kampowski — professors at the John Paul Institute of Marriage and Family, in Washington, D.C., and Rome, respectively — in the appeal which appeared on the website of First Things September 10.

The appeal bears the endorsements of notable theologians and philosophers from around the world, such as:

Paragraph 137 of the synod preparatory text, known as the Instrumentum laboris, deals with the “role of conscience” with respect to the “moral norm” governing the “act of generation” as laid out in the 1968 papal encyclical Humanae Vitae. While the original is in Italian, the official English translation from the Vatican’s website states:

In relation to the rich content of Humanae Vitae and the issues it treats, two principal points emerge which always need to be brought together. One element is the role of conscience as understood to be God’s voice resounding in the human heart which is trained to listen. The other is an objective moral norm which does not permit considering the act of generation a reality to be decided arbitrarily, irrespective of the divine plan of human procreation. A person’s over-emphasizing the subjective aspect runs the risk of easily making selfish choices. An over-emphasis on the other results in seeing the moral norm as an insupportable burden and unresponsive to a person’s needs and resources. Combining the two, under the regular guidance of a competent spiritual guide, will help married people make choices which are humanly fulfilling and ones which conform to God’s will.

The appeal’s authors state that while Humanae Vitae unequivocally condemns contraception as an act that “contradicts” human nature, the intimate spousal relationship, and God’s plan for human sexuality, the Synod’s preparatory document does not state this norm, nor does it explicitly reject the use of contraceptive methods. Rather, they say, it portrays the teaching against contraception as “exclusively negative and, as it were, coercive.”

“Because the passage fails to teach that the norm itself, in all its objectivity, discloses something crucial for the beauty and goodness of a human life well lived, it also leaves the impression that moral norms might in fact be ‘an insupportable burden’ that is ‘unresponsive to a person’s needs and resources,’” the appeal states.

The authors state that a proper understanding of Catholic morality makes it clear that any moral norm such as prohibitions against murder, theft, adultery, rather than being a burden that goes against the good of persons, are “anthropological truths about the human person that cannot be ignored or violated…without doing harm to ourselves.”

The authors of the appeal also say paragraph 137 distorts Catholic teaching on conscience while opening up a way to a “radical subjectivism” of the moral life where conscience is “detached from the illuminating internal presence of the moral law.”

While paragraph 137 calls conscience “God’s voice resounding in the human heart which is trained to listen,” the authors note how the text easily lends itself to an interpretation that “God’s voice” at times “speaks against an objective norm taught by the Church” or is “detached from the moral law.”

“The ‘voice’ of God does not tell one person one thing about morality and another person another,” the appeal states. “Once conscience is separated from the law, it is no longer a way of standing before God. Rather, by this way of thinking, in one’s conscience one will stand only before oneself.”

The authors’ concern that “conscience” could be used as a justification for the use of contraception is not unfounded. In 1968, the Canadian Conference of Catholic Bishops responded to Pope Paul VI’s encyclical Humanae Vitae with a statement suggesting that couples could “honestly choose” to ignore the teachings against contraception as long as it “seems right” to them and was done “in good conscience.”

“By presenting conscience as a subjective faculty standing in dialectical opposition to the law, the Instrumentum laboris proposes a concept that is incompatible with the teaching of the Church’s Magisterium and that diminishes the spiritual dignity of the human person as one who is able to conform his actions to objective truth,” the authors state.

The authors go on to make the case that paragraph 137 “permits a serious misinterpretation” of Humanae Vitae by suggesting that “contraceptive practices are acceptable so long as they are not undertaken for ‘arbitrary’ reasons.”

“Humanae Vitae teaches that God’s plan for marital intercourse ‘[excludes] any action which either before, at the moment of, or after sexual intercourse, is specifically intended to prevent procreation—whether as an end or as a means’ (HV 14),” the authors state, adding that paragraph 137 “could certainly have made [this] clearer.”

They go on to state that the paragraph does not promote the “robust anthropology” of St. John Paul II as expressed in his family catechesis on human love, popularly known as Theology of the Body.

“Human beings are meant to love and be loved. Contraception, in fact, is incompatible with loving and being loved. By the use of contraceptives, not only is the procreative meaning of the conjugal act rejected, but the act’s meaning as a truly ‘unitive,’ genuine act of love is also radically compromised,” the authors state, summarizing the teaching on St. John Paul II on this matter.

“Sadly, the Instrumentum does not draw upon John Paul II’s profound theology of the body, a theology that refuses to view objective moral norms as in tension with the human good or with a consciousness of the goodness of the marital act,” they state.

But one respected Catholic moral theologian renowned for strongly defending the Church’s teachings on sexuality does not agree with the appeal authors’ interpretation of the paragraph.

Professor Janet E. Smith, a moral theologian at Sacred Heart Major Seminary in Detroit, Michigan, posted on Facebook over the weekend that she initially agreed to sign the appeal, but upon a closer inspection of the paragraph she found it “could be read in a much more benign fashion and that the benign reading is the correct one.”

“My reading of the text holds that it is faithful to Church teaching but unfortunately written in a way that allows for a reading (misreading) that would permit the use of contraception in some instances,” she stated.

“One is giving into one’s subjective assessment that abiding by the norm against contraception is too difficult. The other is seeing the norm as something legalistic and not truly in accord with the good of the person. Those who seek wise guidance will, it is implied, learn to put aside their distorted, subjective, arbitrary judgments; they will come to understand why the Church’s teaching is in accord with the truest nature of the human person and thus will freely choose [to] do what is both human fulfilling (subjectively fulfilling) and in accord with God’s will (objectively true),” she stated.

Smith admitted however, that “it takes some work to extract that reading from paragraph 137 but I do think (and hope) that is what the authors intended to say, however clumsily.”

“In spite of the fact that I think paragraph 137 is faithful to the teaching of Humanae Vitae, I fear that it lends itself to the reading put forward (and rightly considered dangerous) by the Appeal,” she said. “That reading can easily be used by those who wish to permit spouses to follow consciences that counsel them to use contraception (consciences that are not educated to hear the voice of God) rather than abide by Church teaching.”

When one Facebook user responded to Smith that “it doesn't matter whether your interpretation is correct or not: The documents promulgated from a Synod need to be clear and readable,” Smith replied: “It doesn't matter much in many respects, but I hate to see false charges against Church documents at no matter what level. When something is as poorly composed as this paragraph it is unclear what is the best response: alerting people to the dangers (as the Appeal does) or assuring people that at least in this instance, the Church is not entertaining dissent (as my piece does).”

The appeal comes days after the release of a shocking book by Vatican journalist Edward Pentin in which he recounts how orthodox experts on the teachings of St. John Paul II were specifically excluded from participating in the Synod.

In The Rigging of a Vatican Synod?, Pentin recounts that some months before the 2014 Extraordinary Synod, the Synod Secretariat contacted the Pontifical John Paul II Institute for Studies on Marriage and the Family — known for its fidelity to Catholic moral teaching — to recommend experts to participate in the Synod. In the end, none of the recommended experts were invited to participate in the Synod. Pentin wrote how he learned from a high-level Vatican source that the institute was asked to name the leading orthodox experts so that the Secretariat could ensure that these would be excluded from participating in the synod.