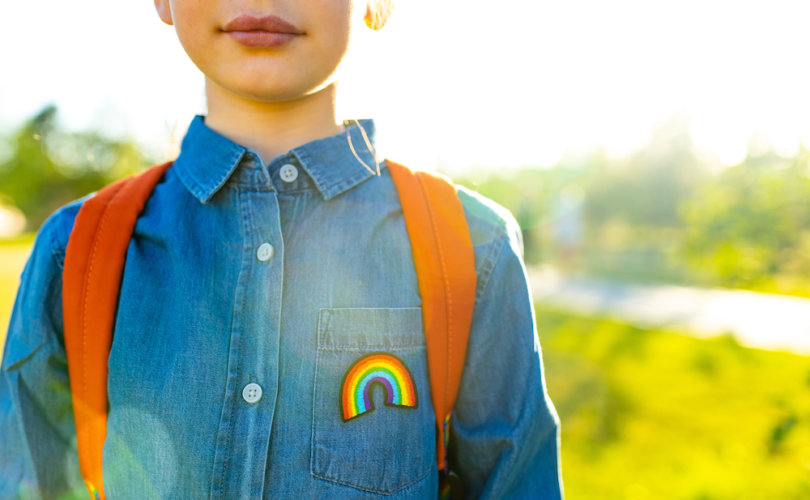 (LifeSiteNews) — A top Canadian bank has donated $500,000 to a program that performs irreversible so-called “gender change” procedures on minors.

A May 2022 newsletter from TD Bank goes over the funding given to support “gender transitions” through the McMaster Pediatric Gender Diversity Program, which is run in conjunction with McMaster Children’s Hospital located in Hamilton, Ontario.

The support by TD to the McMaster Pediatric Gender Diversity Program was quietly announced. The money was paid through Canada’s Children’s Hospital Foundations.

The bank says its funding will allow up to 30 extra kids under 18 to undergo “gender affirmation” services per year. The program overall deals with 60 to 70 youths per year.

“For trans and gender diverse youth, receiving gender-affirming healthcare can be a lifeline.”

There has been a notable push in recent years in many western nations, especially in the United States and Canada, to actively promote transgenderism in young people, including children.

According to McMaster Children’s Hospital pediatrician Dr. Rosheen Grady, their program provides “information, options and care to youth who are experiencing gender dysphoria.”

“Adolescence is a point where we can intervene to really help support youths be their healthiest selves,” she added.

There is no information on the McMaster Children’s Hospital website regarding the specifics of its Pediatric Gender Diversity Program, but such procedures often involve the administration of hormones like testosterone, and even the surgical removal of minor girls’ breasts.

So-called puberty blockers are also often given to children as part of this “gender affirmation,” despite the fact that such drugs frequently sterilize users for life.

Critics of the radical mutilation of a child’s natural birth sex have sounded the alarm for years, with many warning that such procedures not only carry immediate dangers but lifelong mental and physical health complications.

LifeSiteNews has also recently reported the story of a teenage girl in America who is suing the doctors and the institutions who gave her so-called “puberty blockers” and testosterone injections when she was only 13 years old.

At 15 years of age, doctors removed her breasts.

In Canada, so-called “transition” surgeries for minors have been an extremely controversial topic, however there are clinics operating in the province of Ontario as well as in other provinces which offer “gender” transition surgeries.

According to the Canadian Mental Health Association, there is “no general age of consent to treatment or counseling; instead, the issue depends on whether the young person is capable of consenting.”

In parts of the United States, there has been a growing pushback against so-called “gender transition” procedures for kids, notably in states such as Florida, which recently approved a ban on minors having gender-related “transition” surgeries.

Just recently, a former analyst for the Royal Bank of Canada (RBC) told LifeSiteNews that large companies often involve themselves with these radical movements not because they necessarily support them, but because the current economic structure – in particular the widespread use of Environmental, Social and Governance (ESG) scores – makes doing so profitable.

The World Professional Association for Transgender Health’s (WPATH), which is a group known for promoting radical “transgender health” ideology, is now going beyond just hormone injections and breast removals, openly advocating for chemical and/or genital alteration of children as young as 14.