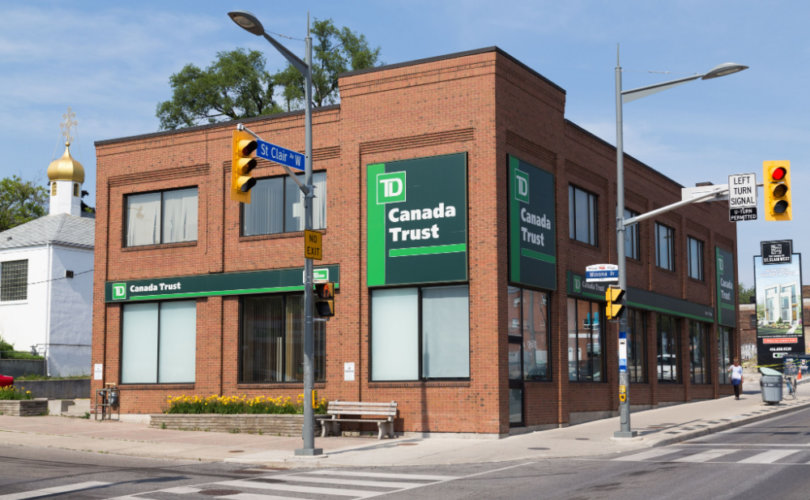 (LifeSiteNews) – Canada’s TD Bank admitted that one of its diversity trainers did indeed suggest to employees to not vote Conservative.

In late August, LifeSiteNews reported about an audio recording the news outlet Western Standard says it obtained on which a woke TD Bank trainer named Carol can be heard telling workers the Conservative Party does not care for Canada’s indigenous people.

According to a recent Western Standard report, a letter that came from someone who complained to TD Bank over the incident, shows that the bank did talk to its employees about the matter.

The letter states, “We have reviewed your concern and identified that TD did respond to the (Western Standard) article on 08/15/2022 and the situation was fully investigated.”

The letter then reads, “We discussed that TD is very diverse and does not believe our work environment is a place to discuss political views.”

The letter seems to contradict an earlier denial from TD Bank that one of its trainers made the voting suggestions.

The bank said that the audio recording in question was about “the personal opinions of two employees responding to a question asked about their views on the political climate.”

The person who wrote the complaint letter to TD Bank, as reported by the Western Standard, said she was very upset over the comments from the woke trainers.

She noted that she will not stop pushing the bank to see if the trainers eventually get fired.

The letter writer also added she is not a TD Bank customer but is an executor for her mom’s account with the bank. She says if TD does not give her a satisfactory answer regarding the trainers’ comments, she will cancel her mom’s account.

In the audio recording, Carol can be heard saying, “I haven’t really voted that much … from what I know, conservatives go against a lot of what indigenous people are trying to do.”

“Because they advocate for pipelines, they don’t want people to have a voice,” she added.

On the recording, Carol could be heard trying to sell the Green Party as a better alternative to the Liberal or NDP.

Another diversity trainer could be heard implying that Conservatives are not on board with reconciliation with the indigenous people.

The second trainer seemed to praise NDP leader and MP Jagmeet Singh, whom she said is “trying to consult and actually speaking with indigenous about what we want, what we are looking for.”

Toward the end of the recording, the trainer could be heard saying, “I would say those areas are what to vote for versus Conservative because I’ve noticed what a lot of their contentions are against indigenous rights.”

As for TD Bank, it claims the comments from the recordings had nothing to do with any of its training programs.

Canada’s five major banks happily went along with COVID jab mandates after Prime Minister Justin Trudeau announced them for all federally regulated workers. These were dropped on June 20.

All other COVID travel measures were dropped on October 1.