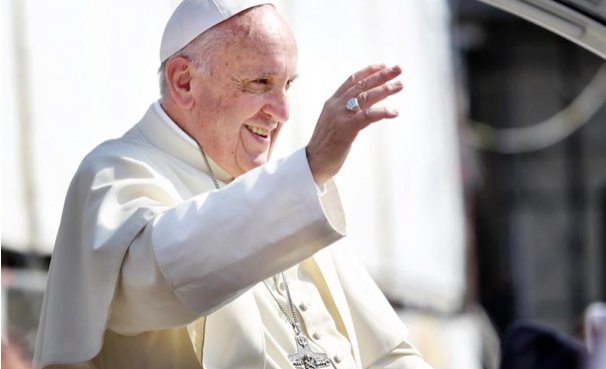 In a video, Goldy claims that almost two weeks after she handed Bell Media a cheque for about $13,125 to run her ads, a representative for the broadcaster called her back to refuse the ads. In what appears to be a recorded phone conversation with a Bell Media employee referred to only as “Adam”, Goldy is told the company will not be able to run the ads.

“I'm sorry we'll not be able to run the ads. We're very sorry for the inconvenience,” the voice at the other end of the phone says.

When pressed to explain why the ads were refused, “Adam” only repeats that same sentence several times. He promises to return her money within three days.

In her bid for the mayoralty, Goldy is going head-to-head with incumbent Mayor John Tory.

She blames him for her campaign ads being allegedly refused by Bell Media. Her rationale runs like this.

While mayor, Tory supported Bell Canada, Bell Media's parent company, by lobbying Ottawa to allow it to operate without direct competition in Toronto, counter to a CRTC decision to increase competition.

Afterward, Tory worked closely with Bell Canada to help it with a $1.14 billion infrastructure project, her video on YouTube claims.

“We are being banned by John Tory's friends in the corporate media. Is this democracy or are Toronto's elites engineering our election?” the video asks.

“John Tory is terrified of Faith Goldy,” it claims.

On her Twitter feed, Goldy has posted a photograph of what she claims is the script for one of the ads she wanted to run with Bell Media. That script introduces her to voters as a get-tough-on-crime mayor candidate who will fix the roads and trim the fat at city hall.

“It's time to take back our streets!” that script reads. “Under John Tory, illegal guns and gangs have skyrocketed out of control. He stripped our police of the tools they need to prevent crime and now our city's murder rate is higher than New York. We can't afford another four years of weak leadership.”

Neither Tory nor Goldy responded to requests for interviews for this story. Bell Media also did not respond to a request to either confirm or deny that the company had refused to run the mayoral candidate's ads.

According to Goldy's video, the alleged refusal by Bell Media to run her campaign ads could be a violation of guidelines set out by the Canadian Radio-Television and Telecommunications Commission (CRTC).

On its website, the CRTC clearly states that broadcasters must be “equitable” in their treatment of political candidates.

“If a broadcaster sells advertising time to one candidate or party, other candidates and parties must also be given the opportunity to buy commercial airtime from that same broadcaster,” reads the CRTC website.

This is hardly the first time Goldy has been the center of controversy. A former contributor to the conservative media outlet The Rebel Media, she has previously used her platform as a journalist and commentator to drive home a pro-life message.

But The Rebel cut its ties with Goldy after her coverage of the Unite the Right rally, commonly known as the Charlottesville riots, in mid-August 2017.

That rally has been characterized differently by various commentators but many have called it a gathering of white supremacists.

While there to cover the Unite the Right Rally, Goldy took part in a podcast called The Krypto Report, affiliated with the white supremacist Daily Stormer website. That was the final straw for many people who then relegated her to the alt-right.

Earlier this year, Goldy was physically assaulted by self-styled “antifa” protesters at a Quebec immigration protest while working as a journalist and as police looked on.

Four years ago, the controversial journalist also made a case for the Roman Catholic church to excommunicate Canadian Prime Minister Justin Trudeau because of his staunch support for abortion.