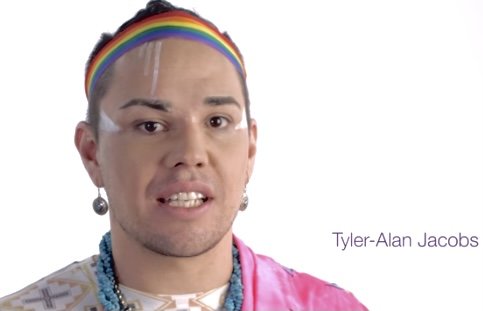 Individuals respond to a question in a TELUS video asking, 'What does pride mean to you?' YouTube

(LifeSiteNews) – The Chief Financial Officer (CFO) for TELUS – a major Canadian telecom company – sent a memo to employees asking them to celebrate International Transgender Day of Visibility by attending pro-gender ideology workshops and by using preferred pronouns in email signatures.

The memo, which was sent to LifeSiteNews, was written by CFO Doug French, who is listed as the Global Executive Sponsor of Spectrum, an intra-TELUS organization that promotes LGBT values to staff. The Spectrum program is active in the United States, Canada and the Philippines by helping to fund initiatives like pride parades.

In the memo dated March 30, French reminded his staff that they were encouraged to share pronouns in email signatures as a way to “demonstrate support for anyone affirming their gender identity.

“Practicing allyship is a continuous journey of learning and understanding. Once we listen and learn, we can support and challenge the status quo and, through our actions, help make society a better, safer place for all transgender people,” he wrote.

After giving the staff a preamble about why it is recommended to engage in the promotion and support of transgender affirmation, he listed three ways for staff to actively involve themselves in International Transgender Day of Visibility.

Along with imploring the staff to include gender pronouns another time, he invited TELUS workers to attend a workshop hosted by Spectrum about gender ideology, and asked that staff “[c]ommit to using gender-neutral language in communications and in meetings.”

At the end of the memo he announced a large donation to an initiative called Rainbow Railroad of $150,000 for “LGBTQ2+ individuals negatively impacted by the ongoing war in Ukraine.”

The “2” that is used the Canadian version of the LGBT acronym stands for “two spirited,” which refers to Indigenous Canadians who say they have two spirits or souls, one being male and the other female.

French signed off the memo by saying “[t]hank you for living our values.”

French did not ask the staff in the memo if they were comfortable about being encouraged to participate in activities that may violate their religious or cultural beliefs.

TELUS has a history of supporting and promoting politically correct and leftist causes, such as LGBT and Black Lives Matter.

⅓ We are firm in our stance against racism and violence, and are adding our voices in solidarity to speak out against racial injustice in the United States, Canada, and around the world. pic.twitter.com/Z65qb3QcJQ