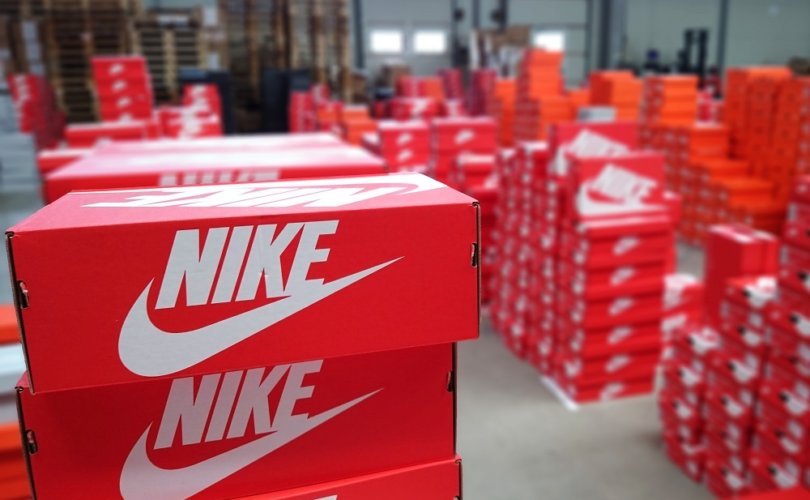 UNITED STATES, December 1, 2020 (LifeSiteNews) — Major international companies, including Nike, Apple, and Coca-Cola, have been lobbying the U.S. Congress in an attempt to undermine a bill against Chinese forced labor, which would possibly disrupt their own supply lines.

The Uyghur Forced Labor Prevention Act (UFLPA) is concerned particularly with the human rights abuses occurring in Xinjiang, saying it would be prohibiting “certain imports from Xinjiang and imposing sanctions on those responsible for human rights violations there.”

Earlier in the summer, President Trump signed into law the Uyghur Human Rights Policy Act. More than a million Uyghurs, most of whom are Muslim, are believed to be held in concentration camps by the Chinese government. A 2018 U.N. report found that human rights abuses in such camps include brainwashing, beatings, torture, rape, forced abortions, forced sterilizations, and summary executions.

Under the UFLPA, companies importing goods made in Xinjiang would have to prove to U.S. Customs and Border Protection that “the goods were not manufactured by convict labor, forced labor, or indentured labor under penal sanctions,” with the findings being reported to Congress and the American public.

Now the New York Times reports that major companies have in fact been lobbying Congress in order to “weaken” the proposed Uyghur Forced Labor Prevention Act. The report’s authors write that lobbyists have been seeking to “water down” the bill, “arguing that while they strongly condemn forced labor and current atrocities in Xinjiang, the act’s ambitious requirements could wreak havoc on supply chains that are deeply embedded in China.”

The Congressional Executive Commission on China released a report in March, which implicated well known international companies such as “Adidas, Calvin Klein, Coca-Cola, Costco, H & M, Nike, Patagonia, Tommy Hilfiger.” These and others were “suspected of directly employing forced labor or sourcing from suppliers that are suspected of using forced labor.”

An additional “54 companies are implicated in what could be forced labour schemes within Xinjiang itself.”

One of the case studies shows that “a factory in eastern China that manufactures shoes for US company Nike is equipped with watchtowers, barbed-wire fences and police guard boxes.” Another implicates Adidas, while the third in-depth study relates to Apple, as “several Chinese factories” supplying Apple or their suppliers were found using “Uyghur labor.”

In a March statement, Nike denied the links to forced labor, calling the Australian report inaccurate and insisting that Nike “has not found evidence of employment of Uyghurs, or other ethnic minorities from XUAR, elsewhere in our supply chain in China.” The company also denied having employees at a particular factory, which the Australian report had found to have produced “seven million pairs of shoes” for Nike annually, at the close of 2019.

With the supply chains of such major companies potentially threatened by the new bill, it seems the companies are taking action to protect profits. Apple has notably been lobbying the government regarding the bill, with a supporter of the bill saying, “What Apple would like is we all just sit and talk and not have any real consequences.”

The Family Research Council wrote about Apple’s actions: “Rolling in the cash that slave labor has saved them, tech brands like Apple are working behind the scenes to keep their supply chains open.”

Nike is reported to have spent “$920,000 on in-house lobbying of Congress and other federal agencies” in the first three quarters of 2020. Specific amounts for different causes are not available, but the New York Times notes that the Uyghur Forced Labor Prevention Act was one of the causes Nike lobbied about.

A further $400,000 was spent by Nike, hiring “outside firms” to “lobby on issues including the act.”

The soft drink giant Coca-Cola has also been found to be lobbying regarding the act. For the first three quarters of the year, it has spent $4.68 million on lobbying, including regarding the act. Despite the Congressional Executive’s report implicating Coca-Cola, the company said it “strictly prohibits any type of forced labor in our supply chain.”

Coca-Cola also told the New York Times it has “adopted best-in-class disclosures practices” and is in compliance with the relevant laws regarding its “political activities.”