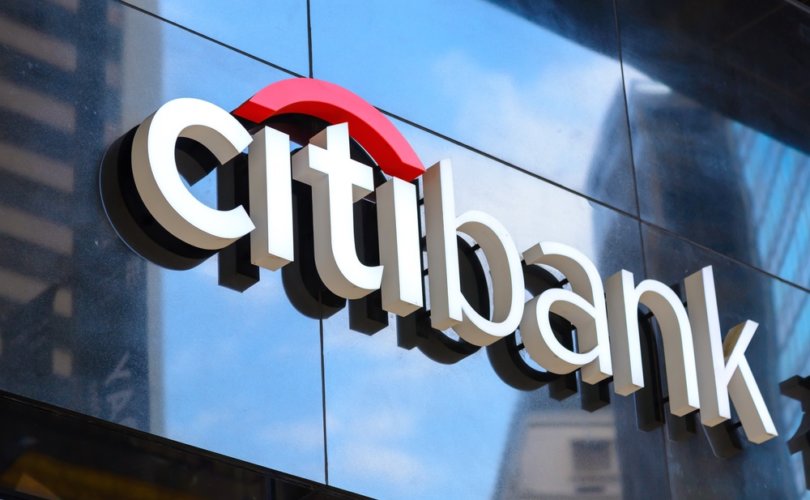 Investment banking company Citigroup, based in New York, was only the most recent major company to announce it would help fund abortion-related travel costs for employees who live in states like Texas which have passed sweeping pro-life laws.

“In response to changes in reproductive healthcare laws in certain states in the U.S., beginning in 2022 we provide travel benefits to facilitate access to adequate resources,” the company announced last week.

“The policy will cover expenses, such as airfare and lodging, that employees in places including Texas may incur if they’re forced to travel to receive an abortion, according to a person with knowledge of the matter,” Bloomberg reported. Roughly 8,500 of Citigroup’s 65,000 U.S. employees currently live in Texas, according to The New York Times.

“This is the right thing to do,” Newsom said in a March 17 tweet. “We need more of this from corporate America.”

This is the right thing to do.

We need more of this from corporate America.https://t.co/on91Naz0eP

Meanwhile Matt Rinaldi, chairman of the Republican Party of Texas, told Bloomberg: “Citigroup’s decision to finance the murder of unborn children with a heartbeat is appalling, but not surprising.”

Rinaldi urged Texas families to “avoid entrusting their finances with Citibank and other companies that are hostile to them and their values.”

Citigroup’s policy promising to financially back abortions for employees comes ahead of the U.S. Supreme Court’s much-anticipated ruling in Dobbs v. Jackson Women’s Health Organization. The crucial case currently on the Supreme Court docket could overturn the federal “right to abortion,” allowing individual states to enact their own laws to restrict or fully ban the procedure by this summer.

Many states have already begun implementing pro-life laws in advance of the Supreme Court’s ruling, which the justices are expected to issue in June.

Last year, Republican Gov. Greg Abbott signed the Texas Heartbeat Act into law, banning abortions after about six weeks gestation in the Lone Star State and sparking copycat legislation and generating national controversy. The life-saving legislation, which has reportedly reduced Texas abortions by 60%, has so far been upheld by both the Texas Supreme Court and the U.S. Supreme Court.

Earlier this month, Idaho became the first state to pass a copycat pro-life law modeled on Texas’ measure. The legislation now awaits the signature of Idaho’s Republican Gov. Brad Little. Republican lawmakers in other states, including Florida, Oklahoma, and South Dakota, have also introduced legislative proposals based on the Texas law.

Pro-abortion Democrat governors and left-leaning corporations have reacted to the pro-life measures by inviting women to travel out of state to obtain abortions and issuing statements opposing the legislation. Last year, more than 60 companies signed a letter in protest of Texas’ life-saving law.

Citigroup isn’t alone in offering to pay their female employees’ travel expenses to get abortions out-of-state.

Ride-share companies Uber and Lyft, meanwhile, have promised to pay the legal fees for any of their drivers who are sued for taking a woman to an abortion facility in Texas. The Texas Heartbeat law relies on a unique enforcement mechanism that enables private citizens to sue anyone who aids a woman in obtaining an abortion, which under the law could include ride-share drivers who transport women to get illegal abortions.

Meanwhile, the Democrat governors in both California and New York have openly invited pregnant Texas women to come to their states to get abortions.

“For women in Texas, they need to know: we will help you find a way to New York and we are right now looking intensely to find what resources we can bring to the table to help you have safe transport here and let you know there are providers who will assist you in this time of your need,” New York’s Democratic Gov. Kathy Hochul said in a September 15 interview with MSNBC host Lawrence O’Donnell.

“You are not alone,” Hochul promised Texas mothers, adding that their “enlightened brothers” in New York will “help you in any way we can.”

Gov. Newsom has promised that California will “be a sanctuary” for abortion.