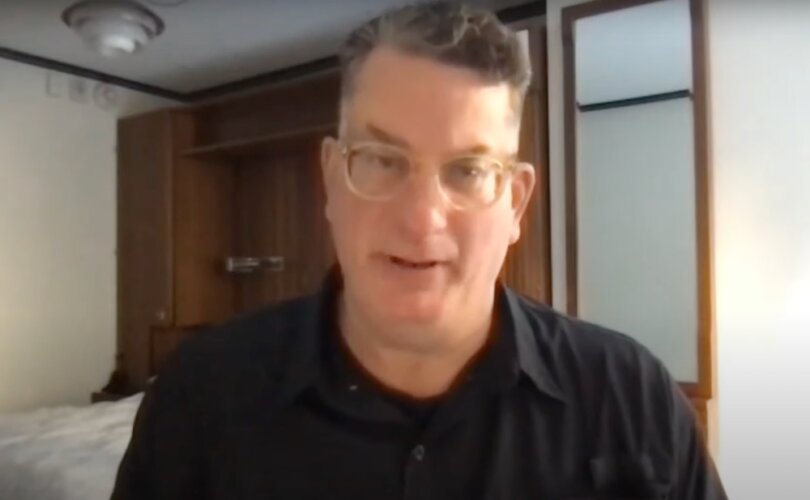 (LifeSiteNews) — Crucial questions remain unanswered after an award-winning ABC producer who had been working on a book centered on President Joe Biden’s disastrous military withdrawal from Afghanistan reportedly quit his job and left town after an early morning FBI raid on his home earlier this year.

According to an exclusive report by Rolling Stone last week, 52-year-old James Gordon Meek, an Emmy-winning ABC News producer and investigative reporter, had his Virginia apartment raided by the FBI in the early morning of April 27, 2022.

Meek, who previously served as a senior counterterrorism adviser and investigator for the House Homeland Security Committee and had worked for ABC since 2013, abruptly quit his job via email on the same day of the raid, the Daily Beast reported.

Neighbors and colleagues told the magazine they hadn’t heard from him since.

Last April, the FBI raided the home of ABC journalist James Gordon Meek, who was finishing up a book about Biden’s withdrawal from Afghanistan.

He’s been charged with no crime, abruptly resigned from his job, and nobody has seen him since.https://t.co/43lgfw0M0Z

“He fell off the face of the Earth,” one unnamed neighbor said, according to the Rolling Stone report. “And people asked, but no one knew the answer.”

An ABC representative also told the magazine that Meek had “resigned very abruptly and hasn’t worked for us for months.”

In the months leading up to the raid, Meek, who frequently reported on matters pertaining to terrorism and government corruption, had been co-authoring a book centering on Biden’s botched draw-down of U.S. troops in Afghanistan last year. Radar Online pointed out that Meek has “since withdrawn from the book’s publication and is no longer listed as an author of the work.”

Last year, Meek also contributed to a Hulu documentary entitled “3212 Un-redacted” that suggested the Pentagon covered up the circumstances surrounding the deaths of four U.S. Special Forces soldiers in Africa.

“Sources familiar with the matter” told Rolling Stone that FBI agents had “allegedly found classified information on Meek’s laptop during their raid.”

However, it remains unclear what sort of “classified documents,” if any, he would have had.

The ABC producer’s attorney, Eugene Gorokhov, said in a statement that “Mr. Meek is unaware of what allegations anonymous sources are making about his possession of classified documents.”

“If such documents exist, as claimed, this would be within the scope of his long career as an investigative journalist covering government wrongdoing,” Gorokhov added, going on to allege that the information regarding classified documents appeared to have “come from a source inside the government.”

On Monday, the Daily Beast reported that some unnamed ABC staffers took issue with Rolling Stone’s “framing.” The Daily Beast piece quoted sources who said that Meek didn’t exactly disappear, as the earlier report suggested, and that the FBI raid wasn’t related to his journalism.

In this week’s edition of Confider, we reveal how the story about an ABC News reporter being raided by the FBI is far murkier than it first seemed…

Read the exclusive scoop and don’t forget to subscribe: https://t.co/t7HIdaaVfm

Citing two unnamed sources, the Daily Beast suggested that despite the fact that the award-winning journalist quit abruptly on the same day the FBI raided his apartment, he had resigned for “personal reasons,” and had told friends he did so to “save colleagues and the company any embarrassment.” The report said that Meek has been living with his mother, according to friends.

The Department of Justice and ABC News also reportedly dashed speculation that Meek was raided for touching a nerve with his journalism.

“While the department cannot speak to any specific case or activity, the Department strictly adheres to the Attorney General’s July 2021 memorandum prohibiting the use of compulsory process with regards to members of the news media acting within the scope of newsgathering activities,” Dena Iverson, principal deputy director in the DOJ’s Office of Public Affairs, told the Daily Beast.

Two unnamed “insiders” with ABC News also told the outlet that the Meek’s lack of interest in coming forward to seek legal counsel from ABC’s lawyers was evidence that the FBI raid wasn’t related to his work.

The denials, however, do not address why the FBI would have carried out a pre-dawn raid on Meek in the first place, and why Meek decided to abruptly resign from his job and, evidently, skip town.

Meek has not been charged with any crime, despite the FBI raid, and ABC News has reportedly not investigated the matter.

Meanwhile, though the original Rolling Stone report suggested the raid against Meek may have been the first Biden administration raid against a journalist, last year the FBI raided the homes of Project Veritas journalists in search of a diary linked to the Biden family.

The Biden administration’s FBI has also carried out numerous search warrants this year against conservative political figures and pro-life citizens.

The Biden administration’s FBI has also reportedly served search warrants or subpoenas against dozens of Trump allies, and, as LifeSiteNews has reported, indicted pro-life Catholic priest Fr. Fidelis Moscinski on federal charges (the felony charges against Moscinski have since been tossed out).

Last month, 11 pro-life activists, including an 87-year-old survivor of a communist concentration camp, were hit with federal charges for a peaceful protest at a Nashville, Tennessee abortion facility. At least one of the pro-lifers, Paul Vaughn (a Catholic father of 11), was arrested by the FBI at gunpoint at his home.

However, as of this month, the FBI hasn’t stated whether it has arrested anyone in connection with the estimated “83 Catholic churches and 73 pregnancy resource centers or pro-life organizations” that have been attacked or threatened since the rollback of Roe v. Wade.