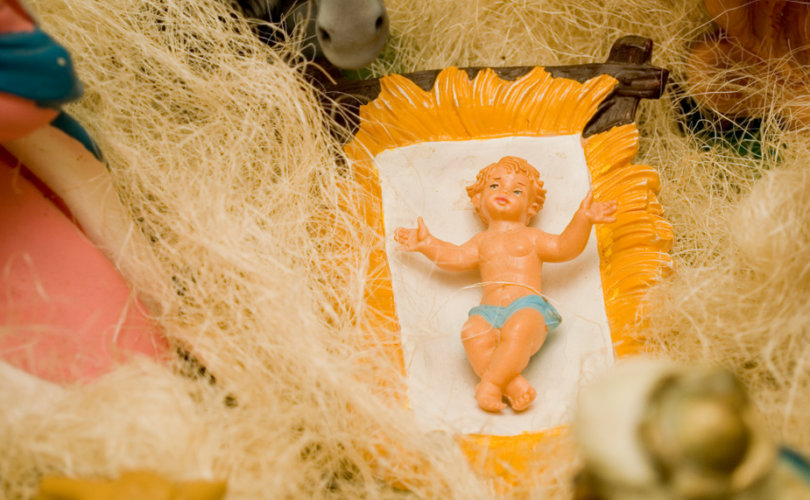 ST. PAUL, Minnesota, December 21, 2017 (LifeSiteNews) — Staff and faculty were told at a recent University of Minnesota departmental diversity gathering that Christian and Jewish holiday expressions of faith were inappropriate on campus.

“In general,” a handout distributed at the event said, “the following are not appropriate for gatherings and displays at this time of year since they typically represent specific religious iconography.”

The list was a comprehensive collection of items specifically indicative of Christmas and Hanukkah.

The “Religious Diversity and Holidays” document also said some colors are inappropriate for decoration themes because “red and green are representative of the Christian tradition as blue and white/silver are for Jewish Hanukkah that is also celebrated at this time of year.”

“Individuals may display expressions of their religious faith in their own personal space,” it stated, “if it does not have a meaningful public function and not in public areas.”

The December 6 event was the University’s College of Food, Agricultural and Natural Resource Sciences “Dean’s Dialogues,” which had the theme “Respecting Religious Diversity in CFANS and at the University.”

The event advertised dialogue and conversation about religious diversity in the CFANS department and at the university.

However, dialogue at the event was one-sided, a person in attendance said, and it served to illustrate an ongoing environment on campus that leaves Christians and Jews abandoned and alienated.

“There was no dialogue,” the source said, “there was only: we should do what they say is appropriate.”

In addition to deeming Christian and Jewish holiday expressions inappropriate, the documents distributed at the event emphasized keeping things “neutral and non-religious and not reflective of any one religious holiday.” The title of one handout seemingly played down Catholic and Lutheran heritage in the area.

And while there was some table discussion at the CFANS religious diversity event, LifeSite’s source said the bulk of the presentation consisted of a vague message about inclusion given by a female Muslim student in full hijab.

While the CFANS event had a religious diversity theme, the on-campus environment for Christians and Jews can be hostile, the source said, where they can be marked as offending others for having shown expressions of their faith.

The message at the CFANS gathering was clearly that diversity is meant for everyone else on campus except the Christian and Jewish demographic, the individual told LifeSiteNews.

The individual – a member of the university community who spoke under the condition of anonymity – told LifeSite they felt compelled to speak up because the event exemplifies a discriminatory attitude toward Christians and Jews on University of Minnesota campus. It’s problematic to speak about this, they said, because of the likelihood of repercussions.

“The trouble is,” the source said, “who’s going to talk about it?”

“As a Christian, I do not have a place where I can ask for help in cases when my religious rights are violated,” the source said. “The University of Minnesota does not provide me with a resource that I could find in the University’s office of Diversity and Equality that I could identify with.”

“It is as if students and employees of Christian and Jewish beliefs are officially and systemically left out from the ‘highly diverse’ University of Minnesota community,” they said. “We are pushed back to privately-funded organizations off campus, to our private churches and communities.”

The university is an amazing scientific community, the individual told LifeSiteNews, with brilliant scientists from all over the world. And yet the “diversity” environment often leaves Christians and Jews feeling unsupported – and this surely has a negative effect on people’s work performance.

“There is no ‘safe spaces’ for Christian and Jewish people,” the source continued. “Are we not part of the diverse University of Minnesota?”

LifeSiteNews inquired with the university about the materials and the message conveyed to Christian and Jewish members of the university community — especially given that the dean and vice dean of CFANS took part in the event, as did the CFANS head of diversity, and that both documents distributed at the event indicated they were produced by university leadership.

The university provided the following statement:

“The document was used by the College of Food, Agricultural and Natural Resource Sciences (CFANS) as a conversation piece to facilitate dialogue at a voluntary, internal college event on respecting religious diversity in the workplace. It was not distributed broadly to CFANS employees. It does not reflect current University of Minnesota, EOAA (Office of Equal Opportunity and Affirmative Action) or CFANS official guidance.”

“Excuse me,” the source responded, “there were three people from University of Minnesota leadership at that meeting. That’s not a conversation piece – that’s instruction.”

Religious diversity and holidays and not just Catholics and Lutherans

The handout on religious diversity and the holidays “encourages” readers to “express their concerns” to “various reporting options” such as the EOAA or the university’s “Bias Incident Website.” It offers support for those “concerned there are inappropriate religious celebrations” in their work or learning environment. And it refers readers with questions back the CFANS office for Diversity and Inclusion.

The other document distributed at the event stated the chair of the university’s department of religious studies created it. It was a timeline of “religious diversity in the Twin Cities” titled “Not Just Lutherans and Catholics.”

Extreme, absurd and overt censorship

“Banning red and green and Santa along with Christian and Jewish symbols words related to Christmas or Hanukkah is extreme,” Staver said. “Indeed, it is absurd.”

“The so-called diversity inclusion is exclusion of anything related to the December holidays,” he continued. “The Constitution does not require the university’s extreme policy. It might even be argued this overt censorship violates the rights of a majority of the students.”

“This goes well beyond anything the Constitution requires,” Smith told Intellectual Takeout. “This sounds like the university might be going a little bit berserk.”

The source told LifeSiteNews that of the 80 or so people in attendance at the religious diversity event, quite a few seemed uncomfortable about what was being conveyed.

Authentic diversity at the university has actually declined due to things like this, the source said, because in reality, it leads to people feeling unable to show who they really are — for fear of being accused of offending others.

“The University of Minnesota is supposed to represent many cultures,” LifeSite’s source stated. “Are those only empty words and promises?”

“I really feel left out,” the source continued. “How many other members of students, staff and faculty are impacted by this type of attitude?”

Christians are asked by Jesus to love all, the source pointed out, including strangers, people of different views, and enemies. But, the source asked, “Why such hostility toward my faith from University of Minnesota?”