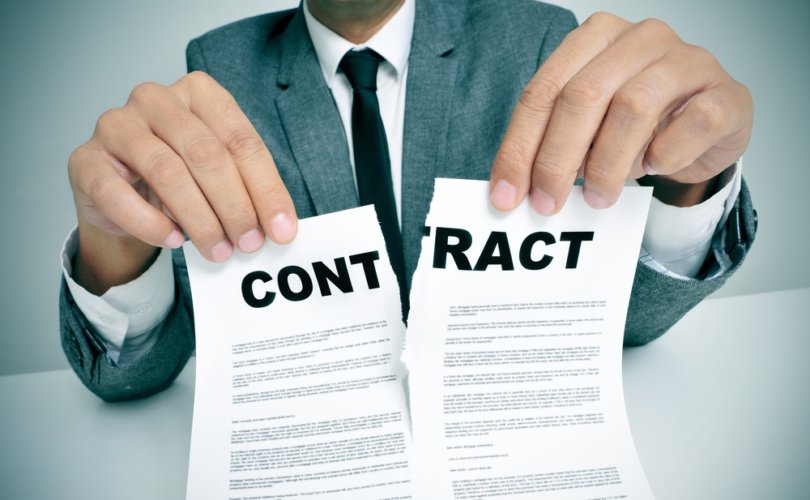 February 22, 2021 (LifeSiteNews) — MassResistance, a major American pro-family organization, was suddenly dropped by their bank earlier this month, leaving them unable to process donations for more than a week, the group said.

In a statement released last week, MassResistance reported that it suddenly discovered that their credit card processing had been shut down on February 8. “For nine harrowing days we worked to deal with this,” the group said, while online payments to them were declined or delayed.

“The bank had abruptly decided that it didn’t want to deal with a pro-family conservative organization,” they added.

MassResistance, a major American pro-family organization, has helped to stop numerous radical pro-LBGT state bills in recent years. In 2019, the group notably mobilized successful parent-driven pushback against a “comprehensive sex-ed” bill in Washington that would have mandated graphic, anti-family sex-ed for all public-school children in the state.

After previously being targeted by the Southern Poverty Law Center for “hate,” MassResistance has been blacklisted for years by Amazon, a major web hosting company, and even some pro-LGBT “conservatives.”

“We all know about the vicious efforts by Big Tech, Corporate America, and the Left that have erupted to silence and destroy conservatives – usually called the ‘cancel culture.’ The financial industry has been particularly aggressive,” MassResistance said.

They noted that Bank of America was found to have combed through customers’ data at the U.S. government’s request after the January 6 Capitol protest, leading to the interrogation of an innocent Trump supporter. Major banks and other financial services have “debanked” the former U.S. president, despite previously backing the exorbitantly violentBlack Lives Matter movement.

The anti-conservative corporate purge also has been accompanied by multi-million dollar funding campaigns for LGBT causes, including to promote anti-family ideology to kids.

“The corporate culture in the financial industry is very poisonous. They give hundreds of millions of dollars to Black Lives Matter/Antifa organizations as well as anti-family LGBT groups and Planned Parenthood,” MassResistance noted.

The pro-family group reportedly joined a new bank on Tuesday, thanking their “Christian-run” merchant service provider, Cornerstone Payment Services, for sticking with them and managing the shift.

“Pro-family and conservative groups may be tempted to use ‘easy’ solutions like Pay-Pal, Stripe, and Square – but these are horrible anti-family companies that will eventually de-platform you,” MassResistance said.

Other Christian leaders have made renewed calls for conservative resistance to far-left corporate agendas, like Gab CEO Andrew Torba who has pushed for a “silent seccesion” to build a “Christian economy.”

“At this point we have no choice but to ‘build our own’ everything. That starts by supporting those who are already building and share our values. It’s not about simply building our own social networking platforms anymore, it’s about building our own Christian economy,” Torba said.

“In totalitarian countries such as Nazi Germany, the USSR, and Communist China, the ‘cancel culture’ was always the first step before death camps,” MassResistance warned.

“The people who decide to fire you or destroy your business because of your beliefs actually want to destroy you personally. Normal people don’t do this to others,” they said.