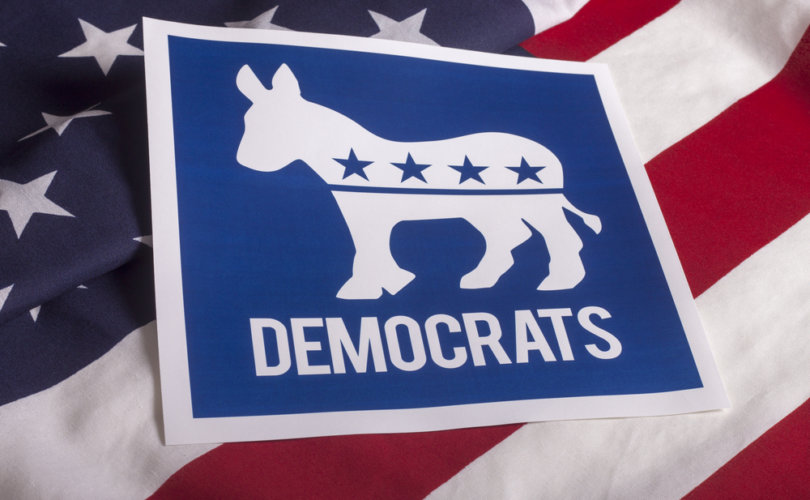 A just-published survey by The Trafalgar Group and Convention of States Action displays a stark contrast in the attitudes of U.S. Democrats toward the heavy-handed tactics of the prime minister versus those of all other political affiliations.

Only 8.1% of Republicans and 20.8% of those reporting no party membership expressed support for Trudeau. A whopping 65.7% of Democrats think his use of emergency powers was justified.

Overall, 55% of Americans disapproved of Trudeau’s actions, 35% approved, and 10% said they were unaware of the events in Canada.

As the poll was being taken over this past weekend, horrifying reports were emerging from Ottawa, Canada’s capital city, showing police officers on horseback trampling protesters and callously injuring a disabled elderly woman while conservative journalists were savagely beaten and shot by police with a tear gas canister.

WATCH: Close up of peaceful protestors in Ottawa protesting mandates being trampled by the mounted unit.

Trudeau’s “tactics to squash peaceful protests in Canada have shocked freedom-loving people around the world,” said Mark Meckler, president of the Convention of States Action, in a press release. “Americans will be equally stunned to learn from these numbers that 65 percent of Democrats actually support the tyranny happening right before our eyes, and 17 percent have not even heard about one of the most consequential stories of 2022.”

“The corporate media’s false reporting — or in many cases flat out ignoring this story — has contributed to this result,” continued Meckler. “If we want to avoid totalitarianism in our own country, the people must be given the truth. This is shameful and horrifying.”

The Trafalgar Group’s Nationwide Survey of 1,080 likely general election voters was conducted over a three-day period from February 18 to 20. The margin of error is 2.99%.