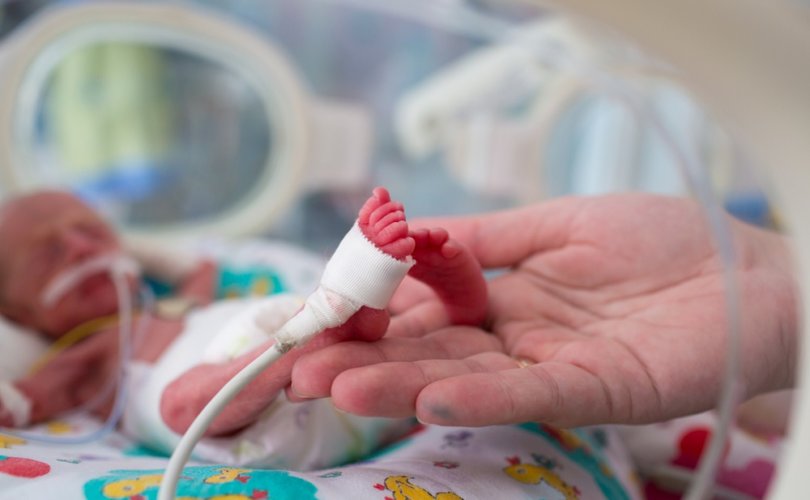 August 5, 2020 (LifeSiteNews) — Medical advances in health care are making it possible for babies born prematurely to survive at a younger and younger age.

A 2019 study from the University of Iowa provided surprising statistics for the survival rate of premature newborns. The study found that 64% of 22-week babies and 82% of 23-week babies born alive and whose parents wanted resuscitation survived to hospital discharge.

Hospitals’ treatment for 22- and 23-week babies varies across the United States. Many hospitals do not offer care to 22-week infants, and some do not treat those born at 23 weeks. Parents have told heartrending stories of health care workers refusing to treat their newborns, even at hospitals with Level 3 NICUs, the recommended facility for this age group.

Clinics often do not attempt to administer life-saving care to premature babies, claiming that the infant will be at an increased risk of disability as a result of the prematurity. However, it is impossible to tell if a baby will have any disabilities, as it varies from case to case.

According to a study by the British Association of Perinatal Medicine, one third of 22-week babies and one quarter of 23-week babies have a severe disability.

An advocacy group called TwentyTwo Matters offers a map of hospitals who saved at least one 22-week baby. They also offer help to parents facing a premature delivery.

The number of premature babies who could survive if given care exposes the U.S. abortion law, which extends through the full nine months of pregnancy thanks to “health of the mother” exceptions to common abortion restrictions. Every year, more than 11,000 babies at 21 weeks or later are killed by abortion.

According to research, most abortions performed at 20 weeks or later are not because of any health issues with the baby. Many of the babies killed could have survived outside the womb if given the proper care, suggesting an alternative for mothers. Acknowledging the viability of 22- and 23-week infants outside the womb will hopefully encourage a greater respect for unborn babies of the same age.