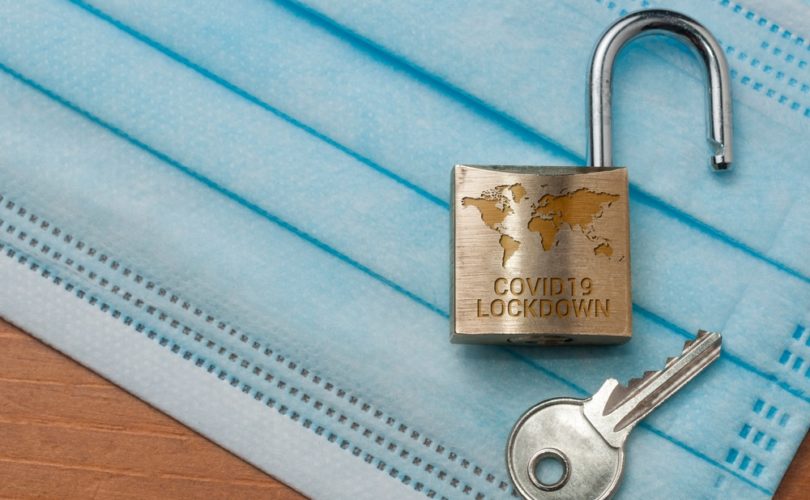 BRITISH COLUMBIA, Canada (LifeSiteNews) — What began as a simple letter-writing campaign by a British Columbia (BC) mom has turned into a grassroots movement uniting Canadians across the country to push back against government overreach in a tangible way.

Six years after writing a letter to members of parliament and two years after founding her nonprofit Action4Canada in 2019, mother and BC resident Tanya Gaw has now partnered with a constitutional lawyer to pursue legal action against the BC government and the federal government of Canada.

Rooted in the Judeo-Christian tradition that built Canada’s political system, Action4Canada has angled itself in opposition to abortion, the radical LGBTQ agenda, globalization, and legalized recreational drug use. Now, the organization will go after the federal and BC governments for their COVID-19 policies which they argue have crippled the economy and deprived Canadians of their civil liberties.

In a podcast interview published June 29, Gaw detailed the history of her organization and the steps now being taken to fight for Canadians’ faith, freedom, and families.

According to Gaw, she became concerned about the direction her country was headed after now-Prime Minister Justin Trudeau launched his bid for the office in 2015.

“Leading up to the election I kind of saw the writing on the wall and what was to come,” she said.

Gaw argued that Trudeau’s election has “proven to be the worst thing that could ever have happened to Canada,” noting that she had two children finishing up high school at the time and became increasingly worried about direction of politics and the culture.

To air her grievances, the concerned mom wrote a letter addressed to Canada’s members of parliament (MPs), hoping to make her voice heard. She began to encourage her friends to write letters as well, or even to copy her letters and sign their names to get the word out.

The effort turned into a letter-writing campaign which, over the years, developed into Action4Canada, founded in August 2019.

— Article continues below Petition —
PETITION: No to mandatory vaccination for the coronavirus
Show Petition Text
1082133 have signed the petition.
Let's get to 1100000!
Thank you for signing this petition!
Add your signature:
Show Petition Text

But Canada’s increasingly radical politics took on a new flavor early last year when COVID-19 struck, and was met with an unprecedented flurry of “totalitarian” policies which Gaw says stripped Canadians of their essential liberties and kneecapped the economy.

“When COVID hit we’d already been uniting with incredible people and organizations across the nation, going against the legislation, fighting hard in the last election,” Gaw said, adding that after lockdowns and mandates were introduced, “we were really seeing communism heading into Canada, like at warp-speed.”

“Within a matter of a few days, I thought, ‘this is not about a virus,’” she said. “This is the next step in their strategy.’”

Gaw observed that the lockdown measures “made millions of people reliant on the government to survive,” a situation which led Gaw to use her organization to commence “legal action against the BC and federal government.”

In October 2020 Action4Canada partnered with Italian-born Canadian constitutional lawyer Rocco Galati to mount a defense of Canadians’ Charter Rights and Freedoms in opposition to Bill C-19 (a sweeping measure to overhaul Canadian elections to make it “safer” to vote in the era of COVID-19 lockdowns and restrictions) and the other extraordinary measures enacted in response to the spread of COVID-19.

The fundraising page of the site asks supporters to pitch in to help the organization “hold our corrupt governments responsible for the devastation they have caused this nation.”

By December 2020 the group had raised 50% of its funding goals for its legal action. According to a July 21 update on Action4Canada’s website, the organization has now received 96% of its financial goal, thanks in large part to a $25,000 donation from Vaccine Choice Canada.

“[W]e are getting closer to the day we have all been waiting for,” the update read, noting that a significant amount of work has gone into “preparing a rock solid case.”

“A constitutional challenge is costly but we believe this is the best way forward,” the website noted. “Whether you live in BC or not, this affects all Canadians.”

In the podcast interview Gaw said one of the primary undertakings of her organization, in addition to its constitutional challenge, is publicizing and distributing “vaccine notice of liability” documents to help people who are being coerced into taking the COVID-19 experimental jab to provide documentation to support their decision to refrain from getting the shot.

“We’re continuing to fight hard to facilitate Canadians with the tangible resources to protect their rights and their freedoms and their children,” Gaw said.

The first version of the notice was sent out to educators, administrators, and others, after COVID-19 shots were offered to children ages 12-17 without parental consent, Gaw said.

Versions of the notices are now also available to parents, elected officials, and employees whose employers have made COVID-19 vaccination a condition of employment.

The language in the employee notice form informs the employer that since he or she is “not a medical professional,” and that the employer is accordingly “unlawfully practising medicine by prescribing, recommending, and/or using coercion to insist employees submit to the experimental medical treatment for Covid-19, namely being injected with one of the experimental gene therapies commonly referred to as a ‘vaccine.’”

The heavily-sourced comprehensive document cites a litany of studies, statistics, and quotes from experts illuminating the known and unknown risks of COVID-19 injections and the rights of citizens to refuse medical treatment.

Among its many references the document cites the Nuremberg Code, which states that individuals cannot be coerced into participating in a medical experiment, and lists numerous reports suggesting that the PCR tests used to identify COVID-19 cases are inherently faulty and routinely deliver false positives.

Just above the signature line, the document reads: “I hereby notify you [the employer] that I will hold you personally liable for any financial injury and/or loss of my personal income and my ability to provide food and shelter for my family if you use coercion or discrimination against me based on my decision not to participate in the COVID-19 experimental treatments.”

As of Action4Canada’s July 21 update, constitutional lawyer Rocco Galati is reportedly reviewing and finalizing the most recent draft of the organization’s Statement of Claim in its provincial and federal litigation.

It remains to be seen what success the group will have in its ambitious legal challenge. Gaw has thanked donors for their generosity and asked supporters to get involved and make their voices heard.

“We want to give you a voice, and it’s really about getting involved,” Gaw said in the podcast interview. “Write your senators, write your elected officials, write whoever you need to. Join people on the streets. Make sure you’re out there and you’re being seen. Stop wearing the mask. Don’t be part of the oppression.”

“In Biblical times the wall of Jericho fell down by making a loud noise,” Gaw remarked, noting that while she certainly asks for donations to her organization and its legal fund, “we also want people to make a really loud noise.”