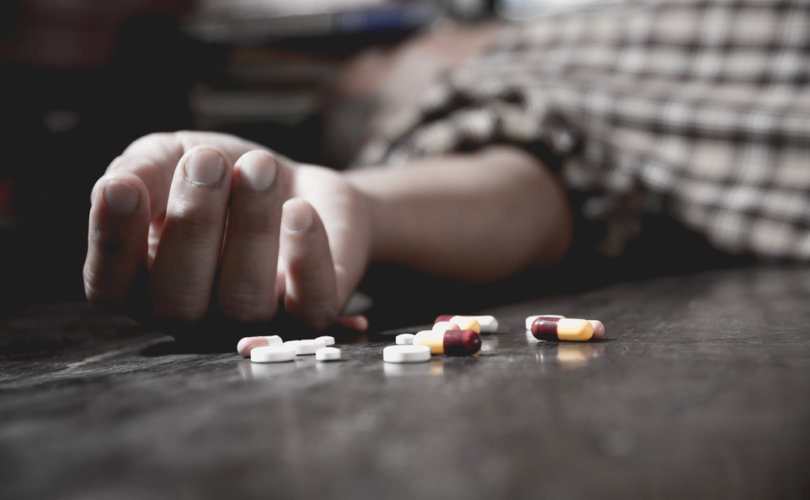 (LifeSiteNews) — After suicide rates skyrocketed among Dutch youth in 2021, the nation’s psychiatrists have come out saying lockdowns may be causing “permanent” mental health issues in young people.

The Dutch Psychiatric Association reported last week that lockdowns, and specifically the closure of schools, have had serious and potentially permanent psychiatric side effects among young people. Meanwhile, the nation reported a 15 percent uptick in suicides in youth aged 20 to 30 in 2021 when compared to previous years.

“The lockdown is intended to prevent illness, but it is the lockdown that is making people sick,” Prinsen added, explaining that his field has been flooded by reports of young people exhibiting “serious problems” with loneliness, stress, and depression, which he suggests at young ages “can lead to a [permanent] mental disorder.”

“We know from studies that three-quarters of mental disorders develop before the age of 21. The average age at which such a disorder starts is around 18, 19 years old, which is exactly the age of students in secondary vocational education, college, and university,” elucidated the doctor, who also added each time restrictive lockdown measures are put in place “more problems” continue to “pile up.”

According to Prinsen, as education is a “fundamental right” in the Netherlands, and the wellbeing of young people is essential, it may be time for the government to stop interfering in the lives of educators and students, as the education system has effectively been “in crisis for two years because of the lockdowns.”

While an increase in mental health disturbances such as loneliness, depression, anxiety, and stress are certainly cause for concern, the Netherlands has also seen a substantial uptick in the amount of young people committing suicide since the implementation of drastic COVID measures.

According to another report by the NL Times, there were over 300 suicides in people under 30 last year in the nation, representing a whopping increase of 15 percent. This means approximately 45 more people under 30 died via suicide last year than expected, given the data from past years.

Chairman Renske Gilissen of the Current Dutch Suicide Registration Committee (CANS) was not as willing as the Dutch Psychiatric Association to blame COVID measures such as lockdowns for the current mental health crisis, although he did state that it is quite possible the policies “may have been the last straw” for many of the young people who unfortunately took their own life.

Additionally, Gilissen admitted that “discovering and exploring” the world is integral to a young person’s transition from childhood to adulthood, which was certainly “jeopardized by the measures.”

The Netherlands is not the only nation to notice deadly adverse effects from lockdowns, particularly in young people. In fact, there seems to be the emergence of a correlation between countries that impose extremely restrictive measures, and an increase in deaths related to mental health such as suicides and drug overdoses.

According to McMaster’s children hospital [in Ontario, Canada], youth admitted to hospital after a suicide attempt tripled over a four-month period in 2020, compared to the previous year, and a whopping 17 percent of Canadians aged 17 to 24, are “seriously contemplating suicide.”

Furthermore, with COVID having a survival rate of 99.95 percent for those under 50, many are skeptical that these COVID measures are about health at all, considering the vast majority of “excess deaths” in the world’s youth during the pandemic are from issues not related to COVID-19.