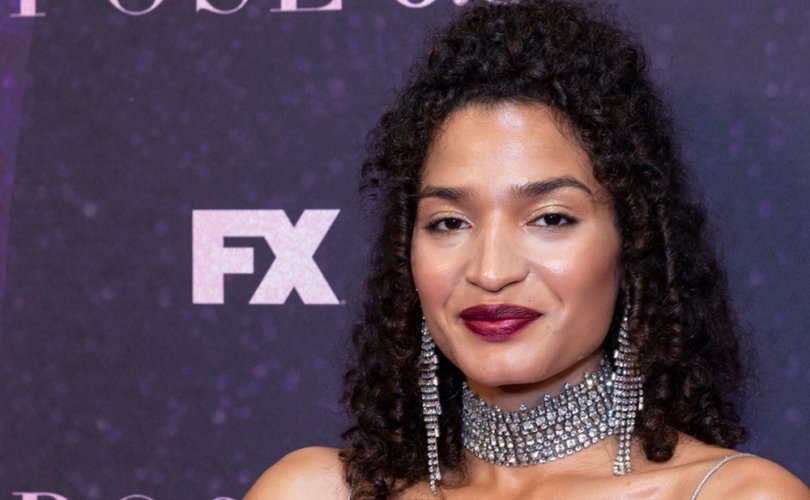 February 22, 2019 (LifeSiteNews) – A “transgender” actor caused a stir on Twitter over the past week with a series of tweets taking the “gender fluidity” mindset to a new extreme: that even male sex organs are “biologically female” if a gender-confused man thinks he’s a woman.

Indya Moore is an actor on the FX series Pose, a drama set in late-1980s New York that incorporates transgender themes. A male described in the mainstream press as an “actress” who identifies as “a biological non binary,” Breitbart reports that Moore claimed on February 17 that if a “woman has a penis, her penis is a biologically female penis.” Follow-ups and argument ensued over the next several days.

If a woman has a penis, her penis is a biologically female penis.

The definition of biologically is “in regards to biology, life, organisms , living processes, or Inheritance”

trans people aren't a joke. Also the ways trans people recieve treatment are gender variant are dependant upon the organs the individual has. Some trans women have prostate exams- some trans men see a gynecologist, treatment really depends on body type.

In fact, basic biology teaches that the penis is the male sex organ, and the most obvious external indicator that someone is a man (aside from cases of hermaphroditism, which are extremely rare and don’t reflect the vast majority of “transgender” cases). Biological sex is rooted in an individual’s chromosomes and reflected in hundreds of genetic characteristics.

Nevertheless, PinkNews writer Josh Jackman claimed Moore’s position is “supported by science,” based on a study showing “the insula—a region of the brain—had a distinct volume depending on whether it was in the brain of a trans or cis subject.” Discussing the same study for LifeSiteNews last year, Michael Brown noted it was “equally possible that the MRI results point to changes in the brain because of fixations on gender resulting from gender confusion,” meaning the differences “could be the result of transgender fixations rather than the cause.”

Many questioned Moore’s reasoning and mocked his understanding of biology:

What biological evidence would lead you to change your mind about this claim? I'll wait….

Over 3,600 people “liked” this. Our culture is circling the bowl.

It's the Whose Line of identity politics. Everything is made up and the points don't matter.

@IndyaMoore, why did you block me when I was sincerely just trying to understand your claim of a biological link to your gender identity? I said nothing negative toward you.

Moore’s tweets highlight a relatively recent divide on the Left, as feminists and even some homosexuals find themselves stigmatized for refusing to accept gender-confused men’s claims to womanhood. This week, the LGBT sports organization Athlete Ally severed ties with Martina Navratilova, a lesbian tennis champion and left-wing activist who argues it’s “insane and it’s cheating” to let men “just proclaim yourself a female and be able to compete against women.”