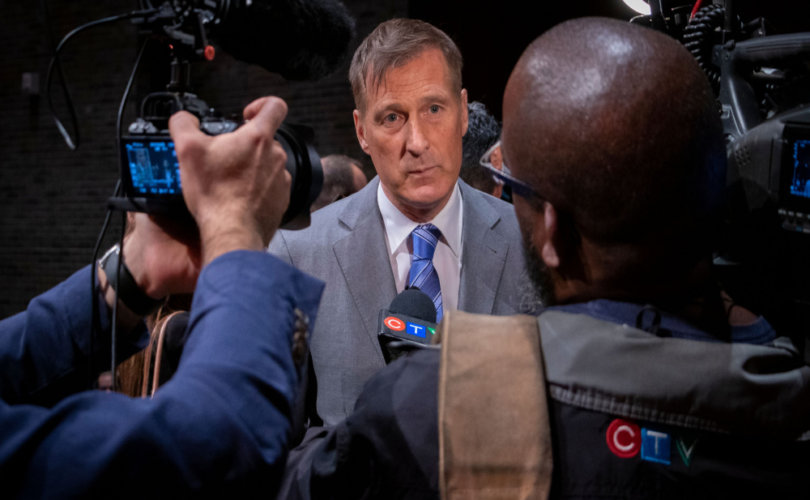 (LifeSiteNews) – People’s Party of Canada (PPC) leader Maxime Bernier has contradicted the claims of “radical gender activists” that there are “52” genders .

“Male and female,” he began in a November 2 PPC newsletter. “That’s it.”

Anyone can feel the way they want of course. And nobody has to conform to male and female stereotypes. ⁰
But there are only two sexes and also two genders, not 52 as radical gender activists are now claiming. Read👇https://t.co/qsNQoMFIfz

Bernier wondered where the push for gender ideology came from and when it became controversial to state that there are only two genders.

“I’m not sure when this basic reality became so controversial,” he wrote.

Bernier marvelled that “stating this simple biological fact could get you cancelled by crazy leftists and their allies in the mainstream media.”

The PPC leader qualified his statements by saying that he understands “anyone can feel the way they want” and that “nobody has to conform to male and female stereotypes.”

“But nobody should be forced either to use absurd pronouns or be in a bathroom or a locker room with a member of the opposite sex” due to gender ideology, he added.

Bernier called gender transition surgeries “body mutilation” and said he “cannot believe” that it “has become a normalized solution for a mental issue, that is, not feeling comfortable in your own body.”

Matters are made worse, in the politician’s opinion, by the impression “that we need to wholly transform our society to adapt” to body mutilation.

He also said that the “worst part” is that “they’re pushing this nonsense on our kids” and lamented that “curriculums are being updated to teach these ludicrous ideas to children of younger and younger ages.:

Bernier also took aim at liberals by asking, “What happened to the Left?”

“They went from vilifying gender norms to promoting childhood transition based on these exact same norms!”

He promised that, if his party were to form government, “the PPC will end this bizarre trend and outlaw the transition of minors.”

In Ontario, at least one school board has instructed teachers to hide the “gender identity” of students from their own parents as per board protocol.

“Regardless of age or grade, staff must keep a student’s gender identity and gender expression status confidential unless the student gives explicit consent to inform the parent(s)/guardian(s), or there is a specific ‘need to know’ (e.g., to fulfill a specific accommodation request),” states the recently released document titled “Gender Identity and Gender Expression Guideline.”