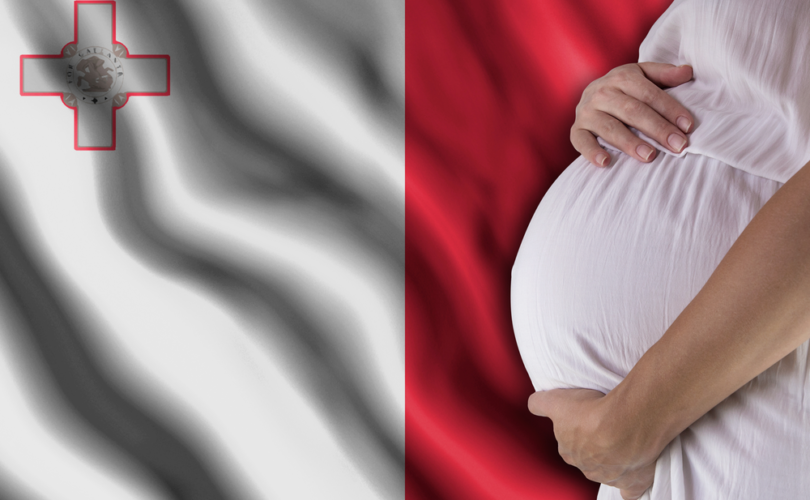 She further claimed the ban puts other rights at risk, as well, including women’s right to life, to be free from torture and discrimination, and their right to privacy. “It is time for the authorities to repeal provisions criminalizing abortion, develop comprehensive regulation of women’s access to legal and safe abortion, and improve the availability of sexual and reproductive health services,” she stated.

Mijatović recommended that the Maltese authorities should guarantee equality for women vis-à-vis sexual and reproductive health and rights, provide mandatory comprehensive sexuality education, ensure that contraceptives are available and affordable, and guarantee that conscience objections on the part of medical providers don’t preclude women’s “access.”

The Maltese government rejected the assertion that abortion is synonymous with health care and a right, stating, “Whilst Malta is fully committed to providing access to reproductive healthcare, and is working to improve these services, including the strengthening of comprehensive sexual health education, through a multisectoral approach, Malta does not agree with the interpretation that the right to sexual and reproductive health services includes an intrinsic right to abortion.”

The government also noted that EU member states have the right to make their own laws regarding abortion.

Malta has been resisting efforts from both within and without to decriminalize or legalize abortion for many years. Last year, a Maltese Member of Parliament, Marlene Farrugia, introduced a decriminalization bill while simultaneously admitting that no woman had ever gone to jail for abortion in Malta. The president of Malta, George Vella, threatened to resign rather than sign a bill that “involves the authorization of murder,” and the bill was ultimately defeated.

Similarly, in 2013, the International Commission of Jurists, an NGO that describes its members as “Advocates for Justice and Human Rights,” submitted a report to the UN Human Rights Council equating Malta’s pro-life laws with torture and claiming they unnecessarily endanger women’s lives (even though the idea that abortion prohibitions increase maternal deaths has been repeatedly debunked).

In response, Malta “reiterated the government’s belief in the need to protect the right to life, including that of the unborn child. It expressed the view that, as human life begins at conception, the termination of pregnancy through procedures of induced abortion at any stage of gestation was an infringement of this right.”

Reprinted with permission from LiveAction.