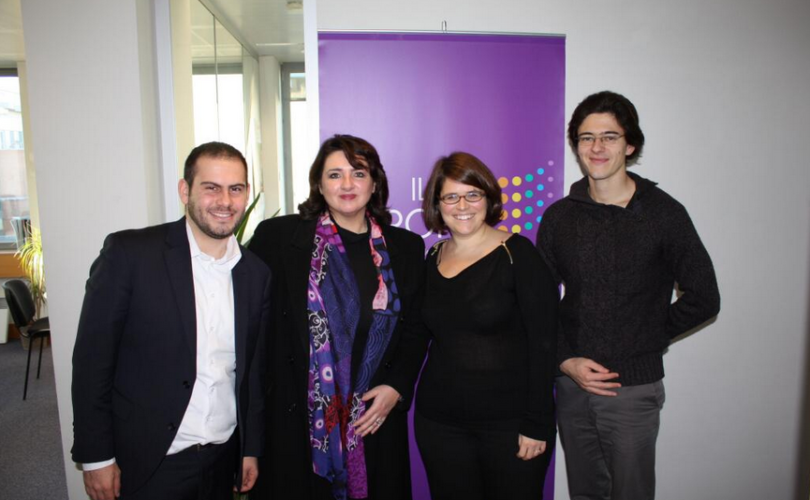 The news comes as the government of the heavily Catholic country, which has long been considered a bastion of pro-life and pro-family values, signals plans to implement further reforms in line with the homosexual movement’s goals.

Lesbians Kristina Galea Cavallazzi and Clara Borg registered their union in Gozo, the country’s northern island. In what the Malta Independent called a “poignant” ceremony, the two “vowed mutual respect and pledged to take care of each other.”

The event is a notable victory for the homosexualist movement in Europe since Malta remains one of Europe’s most Catholic countries, with 98 percent of the population registered as Catholic according to the CIA World Factbook and Catholicism remaining officially the state religion. In 2006, the population chose the cross as the symbol for their country on the 1Euro coin.

The bill creating same-sex civil unions was passed 37-0 in April.

Helena Dalli, the Labour government’s Minister for Social Dialogue, Consumer Affairs and Civil Liberties, who ushered the bill forward, told a “transgender” conference in Budapest in May that the government’s “next step” is to pass a “gender identity” law.

Maltese pro-life and family activist Miriam Sciberras told LifeSiteNews that the movement away from legal defense of the natural family is a threat to the country’s pro-life laws. The movement toward growing recognition of same-sex partnerings is everywhere accompanied by demands that artificial procreation techniques be allowed to both single people and to same-sex partners.

The EU-funded ILGA Europe, the continent’s most powerful homosexualist organization, lists “the ending of discrimination in access to fertility treatment and assisted reproduction,” in its primary policy paper on the goals of the movement.

This threat is doubly present in Malta since the civil partnership law also allows registered same-sex partners to adopt children, though this was widely opposed by the Maltese. Sciberras said, “We do not know how this will impact the Embryo Protection law regulating IVF in Malta since freezing [of embryos] as a rule is not allowed – the only exception is in the extreme unforeseen emergency. We do not have donor eggs or sperm and surrogacy is prohibited.”

ILGA Europe was fulsome in praising Malta as one of Europe’s two “fastest climbers” since May 2013 with Montenegro in the organization’s list of goals achieved.

Paulo Côrte-Real, co-chair of ILGA-Europe’s executive board, said in a statement attached to the organization’s Annual Review, “It is very encouraging to see countries like Malta and Montenegro make such huge progress in the space of one year. It shows that so much is possible when there is political leadership, especially when it is coupled with meaningful engagement of civil society.”

The commitment to the homosexualist movement by some elements of the government can be gauged by Helena Dalli’s upcoming appearance as a featured speaker at ILGA Europe’s conference in October, to take place in the Latvian capital of Riga.

Dalli was head of the Maltese delegation to UN’s Universal Period Review, which took place in the fall of 2013.  According to the report, Dalli’s delegation affirmed that Malta’s “new Government was fully committed to the protection of the rights of LGBTI persons.”

The document noted that only “a few weeks after being elected,” the Labour Party government, which came to power in March last year, amended the Maltese Civil Code “to allow persons who underwent a legally recognized gender change to be recognized in the new gender acquired, in those remaining areas where it was hitherto not acknowledged.”

The UN document also noted the creation of the Consultative Council on LGBTI Rights, a body that inserts local and ILGA-affiliated LGBT activists directly into the government’s legislative processes.

In her keynote speech at the 5th European Transgender Council (TGEU) conference in Budapest May 4, Dalli laid out her government’s plans for promoting the “transgender” movement. “We have now made change happen,” Dalli said. “My party campaigned for civil rights and equality for all, and following last year’s electoral victory, we acted on trans rights straight away.”

“A month ago, we enacted a Civil Unions law with rights and duties on a par with marriage for same and different-gender couples,” she said.