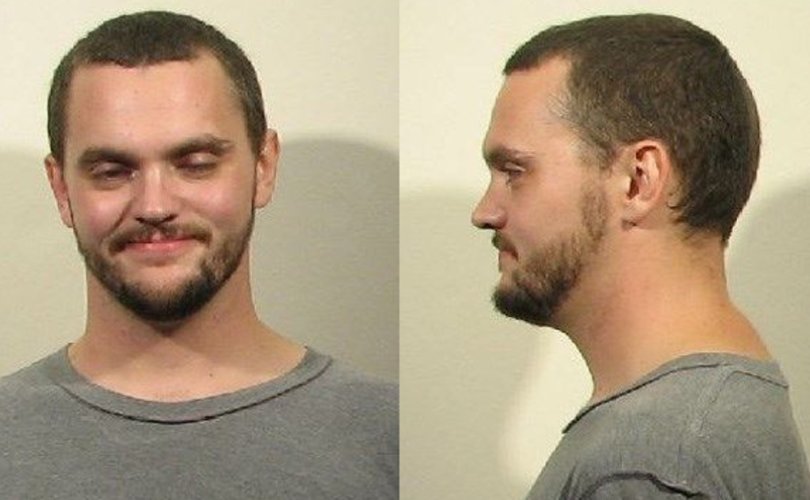 GRANITE City, Illinois August 20, 2018 (LifeSiteNews) – A pro-life sidewalk counselor called 911 after a man pointed a loaded gun at him while he was ministering to women outside an abortion mill in Illinois. Police arrived on the scene and arrested 27-year-old Kevin Brooks from Springfield, Missouri.

Long-time pro-lifer John Ryan, the alleged victim, said he is undaunted by the incident.

Although this is the first time a gun has been pointed at him, the pro-lifer said he would continue to stand up for pre-born children.

“I know what I do, I know the kids I’ve been able to save and the least I can do is show up,” he said.

The Illinois pro-life activist and member of Defenders of the Unborn started out his Saturday, Aug. 11, like so many other days. He went to Granite City's Hope Clinic for Women and offered women alternatives to abortion.

That's when he says he saw a car circle around a few times with a young man eyeing him with every drive past.

With nothing more than Defenders of the Unborn cards and baby onesies, Ryan approached the car to talk to the young man.

That's where his account of what happened diverges from that reportedly told by Brooks, the man in the car, who now stands charged with aggravated unlawful use of a weapon.

He could face up to three years if convicted in Madison County Circuit Court of the felony charge laid by Granite City police who reported finding a loaded, uncased rifle in his car.

Ryan claims the accused had a loaded gun and pointed it at him.

“He never said a word,” Ryan reportedly said. “He had a smirk on his face, he just lifted [the gun]. I saw the barrel of the gun out the window. He pointed it right at me and just looked at me.”

The accused, though, reportedly said he only got the gun because he felt unsafe in East St. Louis and he left the ammunition for rifle in the trunk of the car.

“To say that they found a loaded gun in the car is an absolute lie,” Brooks reportedly said. “The gun was not loaded. The clip was out of it. And both of them were in the trunk. When I did have it in the front, it was not loaded. The ammunition was in the back, according to state law.”

Brooks is adamant he did not point the gun at anybody.

“All I did was lift (the gun) up so he could see it was there,” Brooks reportedly said. “If I thought I had done something illegal, I could’ve left. I could’ve hid the gun, I could’ve done a number of things. I thought I was well within my rights.”

Brooks is now out of jail on his own recognisance until his next court hearing Friday.

After the incident that morning, Ryan calmly returned to continue his shift outside the abortion mill at 1602 21st Street in Granite City.