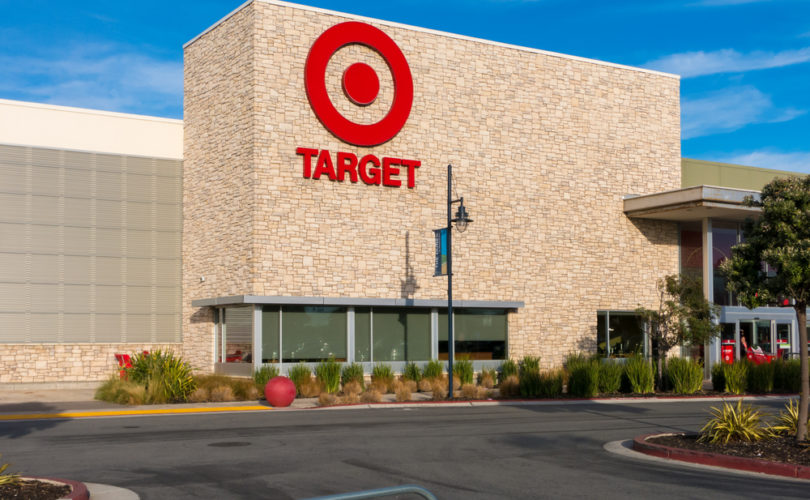 BEDFORD, New Hampshire, July 1, 2016 (LifeSiteNews) — A 22-year-old man was arrested and charged with violation of privacy last week after he allegedly recorded underage girls in a Target changing room.

The incident allegedly took place at a New Hampshire Target store on June 22, just days after the two-month anniversary of the retail giant’s announcement of a new policy allowing biological men to access women’s restrooms and dressing rooms and vice versa.

According to the Bedford Police Department, the man was Zachary Bishop of Raymond, New Hampshire. He fled the Target store before the police arrived but subsequently turned himself in after police issued a warrant for his arrest.

The arrest comes amid fears that the transgender bathroom policies sweeping the nation, like that adopted at Target, provide easier access for predators. Bishop would not be the first person to take advantage of the broad-reaching policies.

In February, a Seattle man entered a swimming pool changing room and undressed in front of a young girls’ swim team, claiming he had the right to do so under transgender policies.

In 2014, it was revealed that a convicted rapist who once sexually assaulted a five-year-old girl claimed to be transgender in order to gain access to a women’s shelter, where he again assaulted women.

Since rolling out its new policy, Target's stock has plummeted. The company’s CEO has defended the rule allowing men in women’s restrooms as “inclusive,” despite more than 1 million people signing an American Family Association (AFA) petition to boycott Target and pushback from shareholders.

LifeSiteNews sponsored a #FlushTarget moving billboard truck that visited every Target store in the company’s home state of Minnesota. The #FlushTarget campaign also blanketed televisions in Minnesota and western Wisconsin with a powerful video ad showing the dangers of the new policy. The video has been viewed more than 1 million times online.

In light of the New Hampshire incident and as the Fourth of July approaches, AFA is asking its petition signers to renew their commitment to boycotting Target. The group also suggests that signers share the petition with their friends and family so that the petition may garner fresh support.