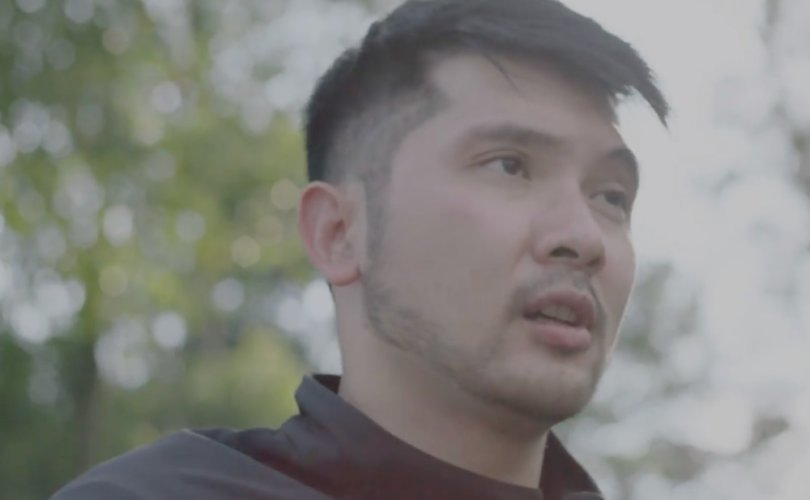 November 5, 2018 (LifeSiteNews) – After nearly dying alone in a hospital in a foreign country following a serious motorcycle accident, a young man turned away from homosexual activity and has embraced the beauty of complementarity.

“I may not be free of these same-sex attractions, but these desires don’t define me anymore, since God’s love took hold of my life,” declares 27-year-old Jason, who uses the last name “Yolt,” which stands for “You only live twice.”

After crashing the motorcycle he had rented to travel across Cambodia and Vietnam, Jason lay unconscious and alone for ten days in a Cambodian hospital. Fearing the worst, his family traveled to Cambodia to find him, and eventually discovered Jason in a crowded, dirty hospital ward with severe burns, broken bones, missing teeth, and a medical chart that had already declared him “dead.”

It would take Jason a long time to recover and rehabilitate, and along the way, he confronted hard truths about his life, while also discovering some new ones about God’s grace. He has gone on to become a prolific international motivational speaker and writer.

Jason tells the story of his accident and recovery in his recently published book, If You Only Live Twice. But in a video produced afterwards, he tells the untold story behind the book.

Jason explains that the fact that he is alive is a miracle, and so he isn’t actually author of the book he wrote: “The real author is Amazing Grace.”

As his parents lovingly took care of him during his long recovery, he wondered if he could share his “secret struggle” of homosexual attraction with them. He felt shame about it, and feared they would be ashamed of him.

Jason recounts how something changed in him when he happened to come across some homosexual pornography while an adolescent:

I only liked girls before.

I was confused by the growing attraction to guys, and I remember my journal entry that said, “Oh damn, I think I’m becoming gay. I hope it won’t be worse. I’ll stop it soon, I hope.”

“The first time I came out to anyone years ago was at church to my small group,” says Jason. “I had never felt so nervous in my life. But as each of us let our walls come down, we realized we’re not so different after all. We’re all broken in our own ways, all of us just doing our best with what we can.”

“That was when I felt accepted, when I knew that God’s design for family is where I belong,” he continues. “I saw the beauty of man and wife in marriage, in how they complemented each other, and it makes me believe it’s how it’s supposed to be.”

The point that Jason wants those viewing his video to understand is that, “I may not be free of these same-sex desires just yet, but these desires don’t define me anymore, since God’s love took hold of my life.”

“I may not be free from my desires, but I no longer want to pursue them,” he adds. “I can be open with others about my struggles mainly because the true love of God has found me.”