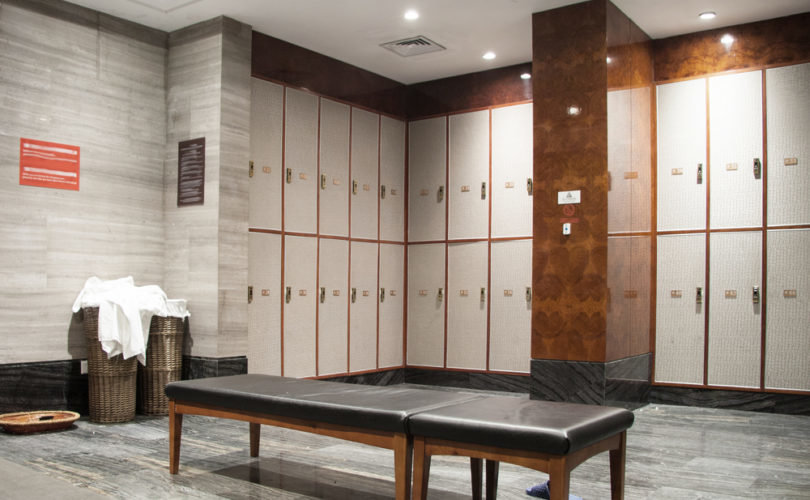 SEATTLE, Washington, February 18, 2016 (LifeSiteNews) – A man twice entered the changing room of a swimming pool and began disrobing, once in front of a young girls' swim team, saying transgender policies gave him the right to do so.

The unidentified man entered Evans pool in Seattle near Green Lake last Monday, February 8, and began taking off his shirt in front of female patrons.

When asked what he was doing, he said, “The law has changed and I have a right to be here.”

“Seeing this individual in the locker room, parents of swim team members (girls) and women who had paid for lap swim became alarmed and alerted our front desk staff,” said Seattle Parks spokesman David Takami in a statement. “In response, an Evans pool staff member entered the women's locker room and asked the man to leave.” They offered both the man and the girls the opportunity to use a family changing room.

He left, only to return during a later youth lap swim, Takami said.

Officials said he had made no attempt to present himself as a woman, nor to identify as transgender when he checked in. By all appearances, he was a man.

But appearances do not matter when it comes to “gender identity.” LGBT theorists hold that biological sex is distinct from gender, which is determined solely by the person's mental self-identification.

Takami affirmed, “We have guidelines that allow transgender individuals to use restrooms and locker rooms consistent with their gender identity.”

“We want everyone to feel comfortable in our facilities,” he said.

Some patrons feel the man, who has yet to be identified, exploited the law to peep at women. “Either identify yourself as a transgender or you're not, and you're just taking advantage of a loophole,” MaryAnne Sato, who visits the pool several times a week, told USA Today.

A similar incident occurred in Olympia in 2012, when a 45-year-old biological male who calls himself Colleen Francis lounged naked in a women’s locker room, in an area frequented by girls as young as six. According to the police report an eyewitness stated, “There were girls 6 to 18 years of age and they were not used to seeing individuals in situations like this.” But the facility gave him the right to continue using its facilities as he wished.

Those who oppose adding gender identity to non-discrimination ordinances and civil rights legislation have long warned the ordinances would be used specifically for that purpose.

But LGBT political activists dismissed such concerns, calling opponents' warnings that such a thing could occur overblown at best, entirely fictitious at worst.

Houston Mayor Annelise Parker said that opponents of that city's transgender ordinance waged a campaign of “fear mongering and deliberate lies” when voters repealed the so-called “HERO” ordinance in a landslide.

Some in the city felt the action was intended to stoke those unfounded fears. Gunner Scott, a transgender activist, told KIRO radio host Jason Rantz he felt “concern” that “this was a setup by opponents of LGBT equality to try to exploit the recent debate of basic rights of transgender youth.”

But Aldan Shank, who regularly attends the pool, said he thought the man's actions were intended as statement in favor of transgender rights, albeit one that “sort of works against the point they're trying to make. They're causing people to feel exposed and vulnerable with the intention of reducing people feeling exposed and vulnerable.”