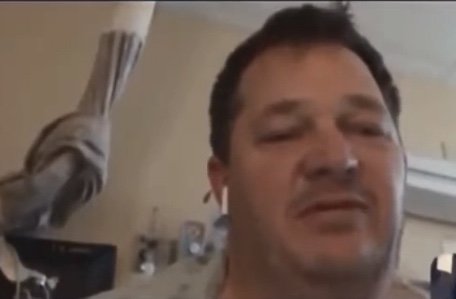 March 25, 2020 (LifeSiteNews) — A 52-year-old man who thought he was going to die as a result of the coronavirus told Laura Ingraham of Fox News that he believes the anti-malarial drug hydroxychloroquine saved his life.

Rio Giardinieri says he had been suffering with a fever for nine days, that his breathing became worse, speaking became difficult, and that he expected to die as a result of the coronavirus.

But Gardinieri decided to request hydroxychloroquine from medics after a friend of his from a prayer line told him about the drug. That friend had seen the drug covered recently on Ingraham’s show.

“I'm not a scientist. I'm not a doctor. But I know when I'm sitting here in pain and they've tried all kinds of antibiotics sorting through me and I continue to get worse. My breathing became worse. Speaking became difficult,” Giardinieri told Ingraham on Monday.

“And a friend of mine from a prayer line reached out, a friend of 43 years and said, 'Hey, I saw this on Laura Ingraham's show. You need to take this medicine and you need to ask your doctor to give it to you now.’”

Giardinieri says that after taking the antiviral, he had a headache that lasted for a couple of days, but “all the other symptoms were completely gone.”

Gardinieiri said he chose to pursue the experimental treatment, as he feared if he didn’t he would die. ”My feeling at that particular time was I thought I was at the end of my rope and I didn't see any other options,” he said. “For me, it was a risk worth taking.”

Ingraham covered the possibility of antivirals such as hydroxychloroquine being used to fight the coronavirus during her March 16 show, when she interviewed one of the co-authors of a small French trial that has used hydroxychloroquine and azithromycin as treatment for the virus. That study has also been covered by fellow Fox News host Tucker Carlson.

On March 19, President Donald Trump announced that the FDA had approved the use of a malaria drug to treat the COVID-19 coronavirus. He called the discovery that the drug could be used to combat coronavirus a “tremendous breakthrough.”

On Saturday, Trump tweeted, HYDROXYCHLOROQUINE & AZITHROMYCIN, taken together, have a real chance to be one of the biggest game changers in the history of medicine. The FDA has moved mountains – Thank You! Hopefully they will BOTH (H works better with A, International Journal of Antimicrobial Agents)……be put in use IMMEDIATELY. PEOPLE ARE DYING, MOVE FAST, and GOD BLESS EVERYONE! @US_FDA @SteveFDA @CDCgov @DHSgov

….be put in use IMMEDIATELY. PEOPLE ARE DYING, MOVE FAST, and GOD BLESS EVERYONE! @US_FDA @SteveFDA @CDCgov @DHSgov

Ingraham has continued to promote the French study in recent days, tweeting a link to the report on Sunday along with the message: “Fact: Reports of successful use of hydroxychloroquine + azithromycin to treat COVID-19 are NOT merely “anecdotal.” Saying this dismisses findings of France’s top epidemiological researchers. Dr. Fauci, meet Prof. Raoult Didier.”

On Monday Ingraham tweeted an article from Forbes highlighting the case of Margaret Novins, a 53-year-old nurse from New Jersey who reports that her fever was gone within a day of taking hydroxychloroquine, after testing positive for the coronavirus.

Yesterday, Ingraham interviewed Dr. Anthony Fauci, director of the National Institute of Allergy and Infectious Diseases and member of the White House coronavirus task force, and asked him if he were to test positive for the coronavirus if he would feel comfortable taking one of these new antivirals such as hydroxychloroquine. Fauci responded that he “might take one of those drugs” but that he would “do it within the auspices of a controlled clinical trial.”

Last week, James Delingpole of Breitbart wrote an article explaining that there are at least three studies demonstrating the success of anti-malarial drugs containing chloroquine against the coronavirus.

The reason that Chloroquine works, I understand from an expert in viral pandemics, is that (it) enables the body to absorb more zinc. Zinc appears to be the most effective agent in disrupting the virus and preventing the ‘cytokine storm,’ which is the deadly phase in which the virus tricks the body’s immune system into attacking its own healthy tissue, with often fatal consequences.

On Sunday, The New York Times reported that scientists have identified 69 drugs to test against the coronavirus, including chloroquine.

Also on Sunday, a doctor based in Orange County, New York, claimed that he has had a 100 percent success rate after treating 350 coronavirus patients using hydroxychloroquine and zinc. Dr. Vladimir Zelenko announced the results of his recent treatments by posting a video to YouTube, and his claims have recently been covered by Fox News host Sean Hannity.

On Monday, the White House announced the launch of new supercomputing resources to help “rapidly advance scientific research for treatments and a vaccine.”

During yesterday’s White House press conference, Dr. Deborah Birx, the top response coordinator for the White House’s coronavirus task force, told the press that there has been a massive increase in testing for the coronavirus in the United States, with more than 220,000 tests done in the past eight days.

Trump expressed confidence yesterday about the ongoing pandemic, telling a Fox News virtual town hall: “I would love to have the country opened up and just raring to go by Easter.”