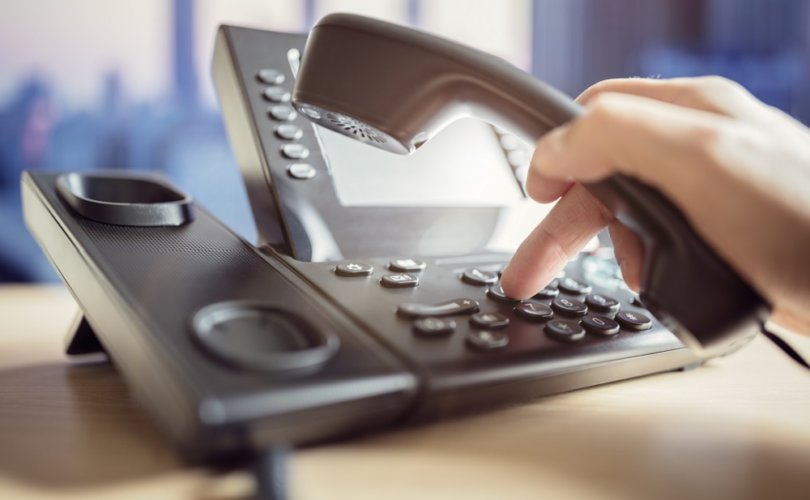 July 31, 2019 (Christian Newswire) — A Wichita man who made calls threatening to murder an Operation Rescue staff member appeared in court yesterday and pleaded guilty to one count of making threats using interstate communications.

Thompson had originally been indicted in January 2019, on four counts of making threatening communications in August 2018.

During the hearing, Thompson admitted to making three threatening calls to the female Operation Rescue employee in one day, although he had actually made many more.

His sentencing has been moved to October 15, 2019, according to the court case docket. Thompson faces up to 20 years in federal prison and a fine up to $250,000, according to McAllister.

During his eerie phone threats, Thompson said that he planned to rape the Operation Rescue employee's daughters and murder her and her entire family. He indicated he knew where she lived, and said he had stalked her and her daughters in Wichita.

In addition to the threats of murder and sexual violence, the messages also contained disturbing satanic overtones.

“We are grateful to the FBI for their quick response and investigation into these frightening death threats, and to the Wichita Police Department and Assistant U.S. Attorney Ryan McCarty for working to bring this man to justice,” said Troy Newman, President of Operation Rescue. “I hope Mr. Thompson receives stiff punishment in order to set an example to others that there are severe consequences for making death threats against us and our families. As Christians, we pray that Mr. Thompson can find redemption and forgiveness through Jesus Christ, and a new life free from hatred and violence.”

Operation Rescue has taken extra undisclosed security precautions since these threats were made to ensure the safety of its staff and office.

Listen to one threatening recording.

Published with permission from the Christian Newswire.