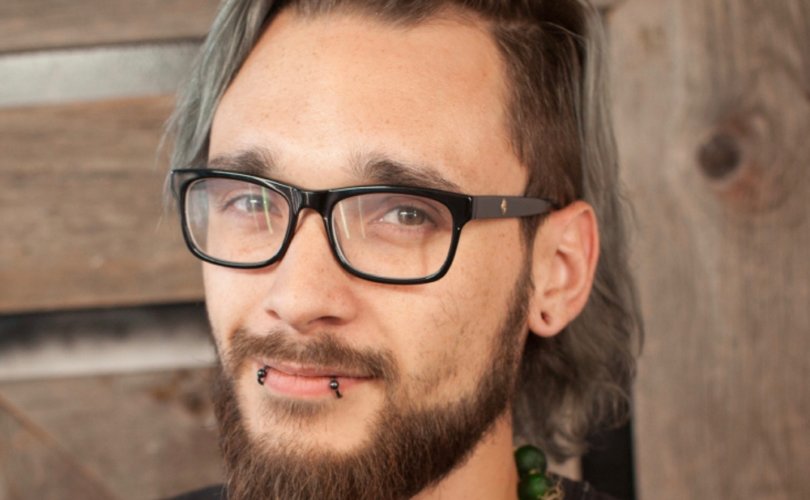 Photo of Jordan Hunt, who attacked pro-life advocate Marie-Claire Bissonnette on Sunday at a Life Chain in Toronto. Taken from NobleStudio101.com, the website of his former employer.

TORONTO, October 3, 2018 (LifeSiteNews) — The man captured on video roundhouse-kicking a pro-life woman has been identified, and he’s lost his contract at a Toronto hair salon as a result.

The shocking 46-second clip by Marie-Claire Bissonnette, youth coordinator with Campaign Life Coalition, went viral after it was published on LifeSiteNews Tuesday, reaching number 8 on YouTube on Wednesday, with over 500,000 views as of publication, and sparking widespread discussion on social media.

Noble Studio 101 posted a statement on Instagram Wednesday that “it has been brought to our attention that Jordan Hunt has been caught on camera assaulting an innocent bystander at a pro-life rally. We don’t condone his actions and he has been let go.”

A representative of the hair salon confirmed this when contacted by LifeSiteNews.

“We’re four strong women here,” she said. “We don’t condone any kind of violence… Everybody has their own opinion and different ways of thinking, but violence is not the answer. He won’t be stepping his foot through the door again.”

Bissonnette approached Hunt while filming with her phone after he scribbled on Life Chain signs and on jackets of pro-life participants with a marker, she related in her LifeSiteNews account.

After a brief discussion, he suddenly roundhouse kicked her with lightning speed, knocking the phone out of her hand. He also tore a Campaign Life ribbon off her jacket before running off, Bissonnette related.

Bissonnette has filed a report with the Toronto Police, but according to police spokesperson Katrina Arrogante, the details of the incident are “on file and the investigation is ongoing. No arrests have been made at this time.”

She added: “This is an ongoing investigation and any leads regarding the alleged suspect is part of that.”

Hunt’s profile has been removed from the Noble Studio 101’s website, but according to a screenshot, he is writing a book on “The Hippy Swamp Witch, a guide to natural living,” and developing his own product line. He was formerly employed at Coupe Bizarre on Queen Street West.

Hunt’s Instragram account had been shut down Wednesday night.

Bissonnette says she intends to press charges, and is urging people to pray for Hunt.