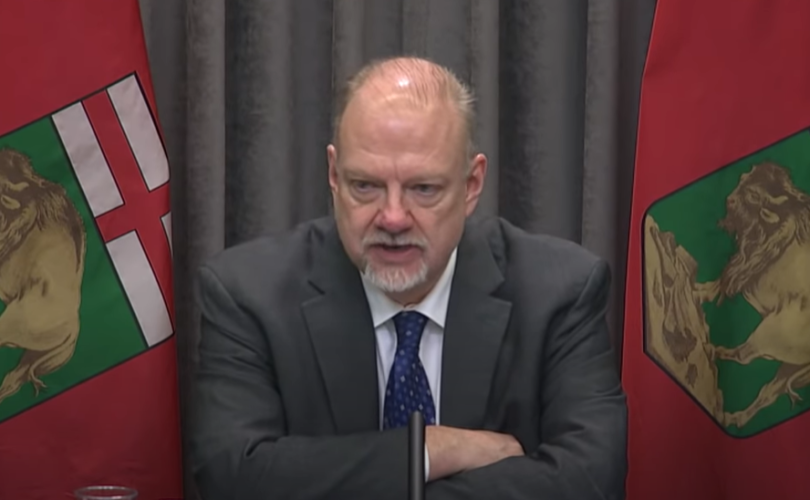 WINNIPEG, Manitoba (LifeSiteNews) – Manitoba has become the third Canadian province in a week to declare it will not go along with a semi-automatic gun buyback program enacted by Prime Minister Justin Trudeau’s federal government.

On Wednesday, Manitoba Justice Minister Kelvin Goertzen posted a letter on Facebook addressed to Trudeau’s minister of public safety, Marco Mendicino, stating the province’s intention to not go along with the federal buyback program.

“We feel many aspects of the federal approach to gun crimes unnecessarily target lawful gun owners while having little impact on criminals, who are unlikely to follow gun regulations in any event,” wrote Goertzen in the letter originally dated September 13.

In his Facebook post, Goertzen noted that instead of enforcing Trudeau’s mandate, the province will be “bringing these concerns, along with the shared concern of Saskatchewan and Alberta, directly to the federal government next month in meetings of Ministers of Justice and Ministers of Public Safety.”

Earlier this week, the Saskatchewan government joined the Alberta government in saying it too will not abide by Trudeau’s semi-automatic gun buyback program originally unveiled in the spring of 2020.

Starting the pushback against the program, Alberta Justice Minister and Solicitor General Tyler Shandro said Monday that Alberta “will not tolerate taking officers off the street in order to confiscate the property of law-abiding firearms owners.”

Shandro said the directive he sent to the RCMP was in response to a letter from Mendicino, who had asked Alberta to assist the federal government in the buyback scheme.

Shandro noted that despite directing the RCMP to not comply with Trudeau’s gun grab, there is still a chance the Trudeau government might attempt to “direct the RCMP to serve as confiscation agents” anyway.

Following a deadly mass shooting in Nova Scotia in May of 2020, Trudeau banned over 1,500 “military-style assault firearms” with a plan to begin buying them back from owners.

If the ban is enforced, legal gun owners in possession of the federally-regulated Possession and Acquisition License (PAL) would be barred from buying, selling, transporting, and even importing a slew of guns the government has categorized as “assault” style rifles.

Under Trudeau’s decree, gun owners were given a two-year amnesty to comply with the ban.

In May, the Trudeau government took further steps to limit gun ownership, enacting what is in effect a new long-gun registry system. Later that same month he also announced controversial plans to freeze all new and used handgun sales through Bill C-21. The bill, which is expected to pass, has reached the second reading stage in the House of Commons.

While gun ownership is not as widespread in Canada as it is in the United States, a 2018 report shows that there are approximately 900,000 handguns owned by Canadians.