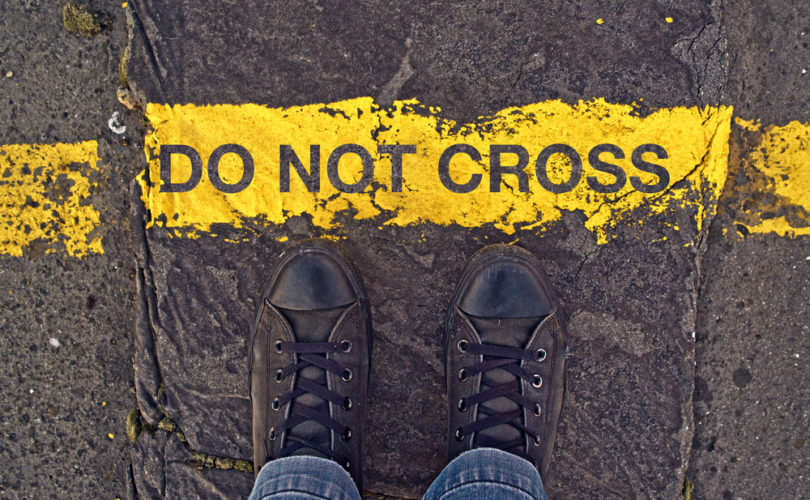 WINNIPEG, Manitoba, November 26, 2018 (LifeSiteNews) — A politician is trying to push through a “bubble zone” law to keep pro-lifers away from abortion clinics, allegedly to prevent them from harassing women going to get abortions.

But pro-lifer Maria Slykerman, president of the Manitoba chapter of Campaign Life Coalition and organizer of the annual 40 Days for Life prayer vigils, says there has been no such harassment.

Slykerman and usually two other people hold the pro-life prayer vigils in September every year in front of the Health Sciences Women's Hospital.

The three pro-lifers hold signs with messages like “Choose Life,” “Pray to End Abortion,” and “Regret Your Abortion” as well as one with a message from the Bible, Jeremiah 1:5: “Before I formed you in the womb, I knew you.”

In nine years, Slykerman says neither she nor any of the pro-lifers have even spoken to a woman going to the hospital to get an abortion.

“We don't even see the women who are going into the hospitals, because they go in through the back door,” she told the CBC. “I really don't know what (Opposition NDP MLA Nahanni Fontaine) is talking about.”

In Winnipeg, the pro-lifers' annual prayer vigil is in front of the women's hospital, on Notre Dame Avenue. They walk back and forth from the entrance to the exit, a few hundred feet. Between them and the hospital doors is a small lot for emergency parking.

The parkade the woman going to get an abortion would use is farther away, behind the main building, with a door on Emily Street. That's around the corner from where the pro-lifers are located.

According to Slykerman, the pro-lifers and the women going to get abortions never even see one another.

Under the private member's bill introduced by Fontaine, Bill 200 – The Safe Access to Abortion Services Act, there would be a bubble zone of 150 metres around any facility that provides abortions.

In that buffer zone, pro-lifers would not be allowed to perform any act indicating their disapproval of abortion. Pro-lifers would even be banned from repeatedly observing the places where abortions are performed or photograph, film, videotape, sketch or in any way graphically record any person going in or out of these places.

In previous interviews, Fontaine has claimed this law would protect women seeking abortions and abortionists from those who are protesting, picketing or demonstrating within the bubble zone. She reportedly claimed she had seen protesters outside of the women's hospital shouting.

Maybe the MLA did see people shouting, but they weren't pro-lifers, said Slykerman.

“She might have seen the other side,” the Campaign Life president for Manitoba said. “The pro-aborts were there with ugly signs and foghorns and screaming. They were right in front of us.

“There is no reason for this MLA to be saying this kind of thing,” she said.

Fontaine did not return a media request for comment for this article.

In other news reports, though, she has reportedly expressed confidence that the Safe Access to Abortion Services Act, if it is passed, would withstand any legal challenge.

“Listen, if anyone knows me you'll know that I'm fond of a good protest,” she reportedly told the CBC.

“I understand the need and the right of individuals to protest for something that they feel is important to them. I get that, I support that. What I'm saying is that protests should not impact on Manitoba women's and girls' right. It is a human right to access reproductive health.”

But Manitoba Premier Brian Pallister, leader of the ruling Progressive Conservative Party of Manitoba, has reportedly expressed concern this proposed bubble zone law would whittle away at people's right to freedom of expression.

Bubble-zone laws exist in British Columbia and Ontario, where Fr. Tony Van Hee, an 83-year-old priest, has been arrested under a similar law to the one being proposed by Manitoba.

Fr. Van Hee's lawyer, Albertos Polizogopoulos, a partner in the Ottawa-based firm of Vincent Dagenais Gibson, is planning to argue his client's case on constitutional grounds.

Priest and four others arrested saving unborn inside abortion center