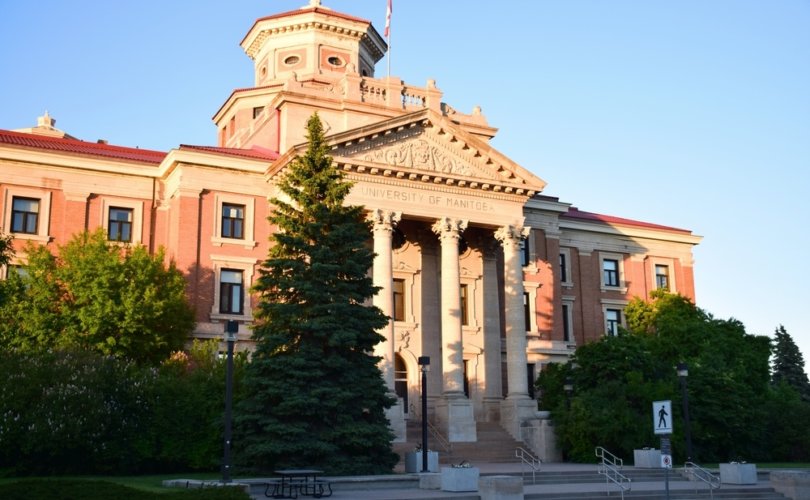 According to the National Post, Zaki, a medical student at the University of Manitoba whose family had emigrated from Egypt over concerns of religious freedom, was dismissed from the university two years ago. His expulsion was upheld twice in 2020 by school committees, until his case was brought in front of a provincial court, which ruled in his favor.

Champagne, in his decision, stated that the school failed to consider Zaki’s Charter rights to freedom of expression.

The university’s Progress Committee, a collection of faculty members that review student conduct, rejected five different apologies written by Zaki claiming they “lacked sincerity” and that he hadn’t had a “change of opinion.”

The judge, who ruled that requiring Zaki to “change” his beliefs was a violation of his Charter rights, said “He would not and could not change his deeply held pro-life religious beliefs.”

In addition to violating Zaki’s Chater rights, Champagne’s decision also stated that there was a bias held toward the student by the school’s associate dean of undergraduate medical education, Dr. Ira Ripstein.

“(Zaki) describes Dr. Ripstein as serving multiple roles including investigator, prosecutor and judge. That is a fair description.”

“[Ripstein] was involved not just in the medical college’s decision to expel Zaki but also in the final decision to affirm the expulsion,” continued the judge.

“It is hardly surprising that they [the apologies] were all deemed insufficient, as the Progress Committee had already concluded Mr. Zaki should be dismissed,” Champagne concluded.

Continuing to express how the bias Dr. Ripstein held against Zaki influenced his ruling, the judge said, “Dr. Ripstein played a central role in the expulsion of the applicant,” and that the “failure to examine and address his role and the reasonable apprehension of bias is a serious shortcoming.”

As reported in the National Post, Zaki first came on the school’s radar for two Facebook posts he made defending the Second Amendment of the U.S. Constitution in 2019. But it was not until he published an pro-life essay on Facebook titled “Refuting the ‘Final Solution’ for Undocumented Infants: A Reconciliatory Formula” that the majority of the 18 anonymous complaints against him were filed, and he was brought under disciplinary review.

The pro-life essay referred to doctors who performed abortions as “abortionists” and stated that abortion is “murder.” The essay also said the justice system should treat abortionists as murderers and prosecute them under the law.

The school claimed that these opinions were “misogynistic” and had a “negative impact on the learning environment.”

Zaki’s lawyer, Carol Crosson, celebrated her client’s victory, “[Zaki and his family] came here to find freedom, and then their son went through this at the university.”

“For the first time in Manitoba, the Charter applies to disciplinary decisions made by universities in relation to students. That’s groundbreaking,” Crosson said, “I’m very happy for the family that the trek to freedom has been positive in the final result.”

The judge’s decision forces the university panel to rehear Zaki’s case while maintaining the integrity of his Charter rights.