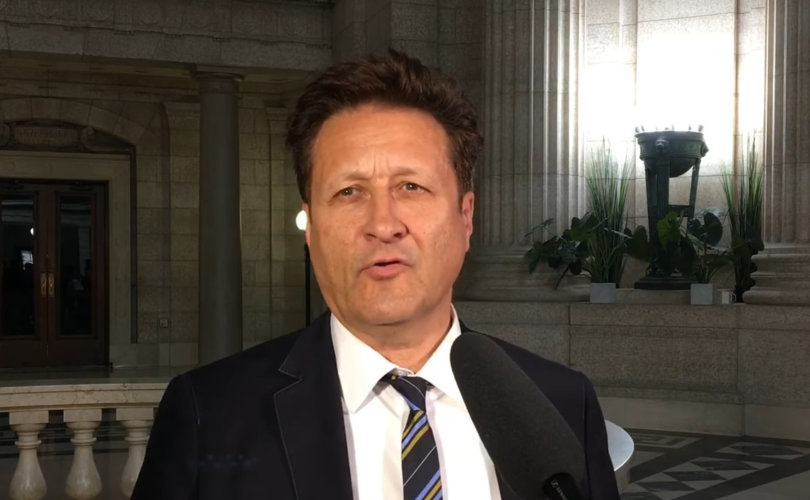 WINNIPEG, Manitoba (LifeSiteNews) — The Conservative government in the province of Manitoba has dropped one of its cabinet ministers after he refused to disclose his “vaccination status.”

On December 30, Premier Heather Stefanson, a member of the Progressive Conservative Party, announced she was booting long-standing Minister of Infrastructure Ron Schuler from his position, following his refusal to disclose whether or not he has been vaccinated with one of the experimental COVID-19 injections.

“The premier thanked Ron Schuler, MLA (Member of the Legislative Assembly) for Springfield-Ritchot, for over five years of service as a cabinet minister in various portfolios,” stated the province’s news release. “Manitoba faces a surge in COVID-19 cases and Manitobans are asked to take every possible step to help limit the spread of this virus, including getting fully vaccinated, limiting their close contacts and following the fundamentals and public health orders.”

The position of minister of infrastructure will be filled by Reg Helwer.

“Liberty has its price, today I paid for mine,” tweeted Schuler in response to his dismissal.

Unlike the U.S., where many Republican politicians have taken strong stances against vaccine mandates and vaccine passports, in Canada, tyrannical measures in the name of COVID have ubiquitous support among the major parties, on both the national and provincial levels.

In fact, the provinces of Alberta, Ontario, Manitoba, Saskatchewan, Nova Scotia, Prince Edward Island, and New Brunswick all have so-called conservative leaders, and all have imposed various vaccine mandate and vaccine passport systems for their citizens.

While Schuler was removed from his position in the cabinet, he still sits as an MLA for his riding under the banner of the Progressive Conservative Party. However, elsewhere in the country politicians have been completely expelled by conservative governments for taking a strong stance against vaccine coercion and lockdowns. Most notably, Ontario Members of Provincial Parliament (MPPs) Roman Baber, Rick Nicholls, Belinda Karahalios, and Randy Hillier have been ousted by provincial leader Doug Ford for voicing their opposition to his dictatorial COVID measures.

Since his expulsion, Roman Baber has criticized Ford’s government for ushering in the “erosion of democracy” and causing “irreparable harm,” including death, via coerced vaccination and lockdowns.

“The government subjected Ontarians to the second longest and harshest lockdown in the world, it caused countless deaths and many of us will not rest until we get a fair audit, so history can judge lockdowns fairly,” stated the now-independent MPP in a speech to the legislature late last year.

“The government caused our children irreparable harm with the longest school closure in the world, despite seeking and getting unanimous advice to open the schools,” added Baber. “For twenty months Ontario’s pandemic leaders denied science by denying natural immunity while peddling herd immunity, now the science caught up and they can no longer deny it.”