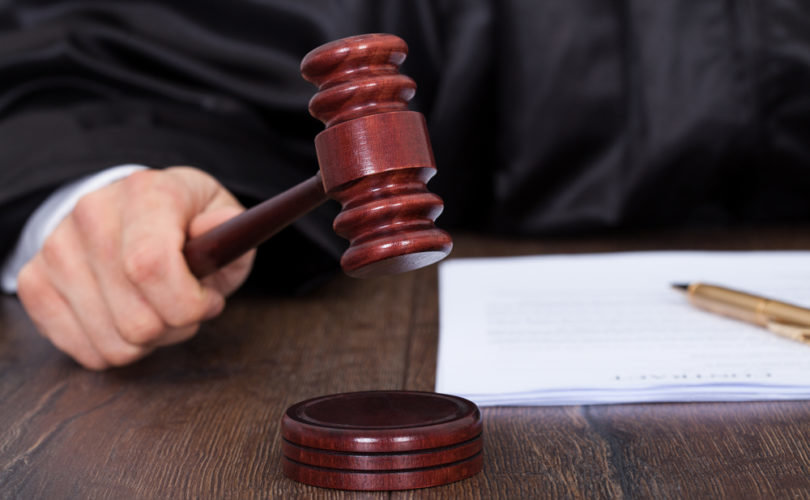 WINNIPEG, Manitoba, January 6, 2016 (LifeSiteNews) – Manitoba has selected its first known transgender person as a judge of the provincial court: Kael McKenzie, a female who began expecting to be treated as a male just after graduating from law school in 2006.

The move is so non-controversial to Canada's politically correct media that news coverage of the event generated debate only over the issue of whether the event was newsworthy at all.

It is not even clear whether McKenzie is indeed the first, since nobody keeps tabs on judges' genders.

In terms of the major news and entertainment media, transgenderism may have already peaked. It was all the way back in May 2014 that Time Magazine proclaimed “The Transgender Tipping Point” had been reached with TV actor Laverne Cox's emergence as a supporting star of the Netflix hit series Orange Is the New Black.

Then onetime Olympic gold medallist Bruce Jenner came out as Caitlyn Jenner, a deep-voiced, very athletic transgender celebrity, to grab last June's cover of Vanity Fair. Now cinemas around the world are showing The Danish Girl, billed as a transgender romantic tragedy about an early 20th-century real-life Danish male artist whose attempt at sex change surgery went fatally wrong. That the film's box office sales were in 138th place compared with other movies launched in the past 365 days suggested to some that the public was not thrilled.

The transgender issue is confronting school boards one by one as parents promote their children's transgenderism in schools and take the schools to human rights commissions when schools address it with insufficient gusto.

As for Manitoba courts, the attempt by the province's attorney general to make a big deal out its first transgender judge appears to have fallen flat. “Manitoba is certainly ready for its first transgender judge,” declared Gord Makintosh. But McKenzie, who has been a Crown prosecutor for the last five years, did her best to downplay the event. “We are just doing what everyone else does and we can achieve whatever we want to do with hard work and dedication.”

Commenting on the CBC's “gee whiz” coverage, member of the public Ashley Mann said, “I think it's sad. I hope one day the transgender community does what the straight community does and that is not to point out who is sexually orientated to what. We don't care. It's sad because no one is talking about his hard work, his education, or his scholar achievements.”

It is not clear how many Canadians are transgender. “Nobody knows,” economist and demographer Douglas Allen at Simon Fraser University told LifeSiteNews. “It's only five minutes ago that this became a recognized group.” But there is some hard data – from a six-year-old study from Massachusetts, putting that state's transgenders at 0.5 percent of the population, and a 2003 California study indicating that 0.1 percent of its adults were transgender.