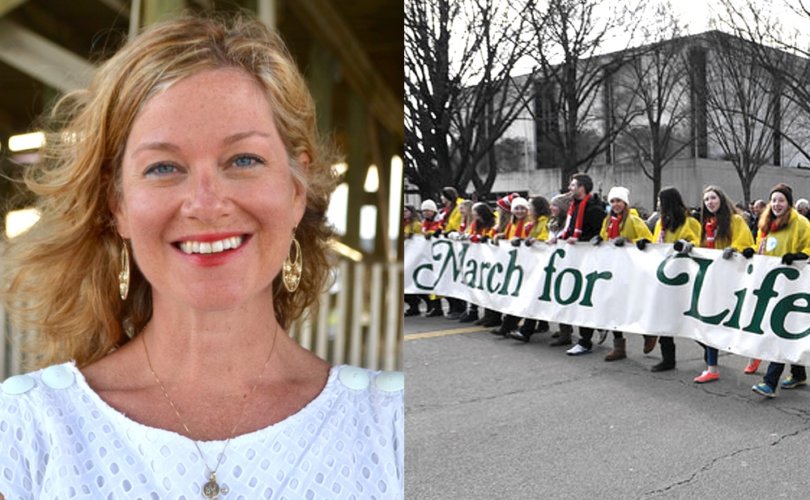 WASHINGTON, D.C., January 26, 2017 (LifeSiteNews) — The president of the March for Life is “delighted” by the unprecedented support the new Trump administration is giving the annual March for Life this week.

“We are just delighted so far with what we have seen, in less than a week, from the Trump administration,” Jeanne Mancini, president of the March for Life Education and Defense Fund, told LifeSiteNews in an interview today.

On his very first day of work in the White House, Trump signed an executive order reinstating the “Mexico City Policy” which banned government funding of foreign pro-abortion groups like the International Planned Parenthood Federation.

The following day, the Republican-controlled U.S. House of Representatives voted in large majority to permanently ban taxpayer funding of abortion on U.S. soil. That same day Trump’s press secretary promised a “heavy Administration presence” at the March for Life. Today, news broke that Vice President Mike Pence will speak at the March, the first time a vice president will do so in the event's 44 year history.

Last night, President Trump blasted mainstream media during an interview with ABC news for covering the pro-abortion March for Women while historically ignoring the much larger annual March for Life.

“Hopefully it shows what we can be expecting in the weeks and months ahead,” she said.

Acknowledging that mainstream media does not give the March for Life the credit it deserves, Mancini thanked LifeSiteNews for always “being here” at the March, covering it with reports and video work year after year.

When asked about her thoughts about pro-life marchers engaging in their 44th demonstration against Roe v. Wade, the 1973 Supreme Court decision that legalized abortion in America, Mancini replied: “I just think, look, we've been doing this for 44 years. We're going to do the same thing tomorrow, with God's grace. We are just the humble instruments of [God’s] message for the unborn. So, let's go do this thing.”