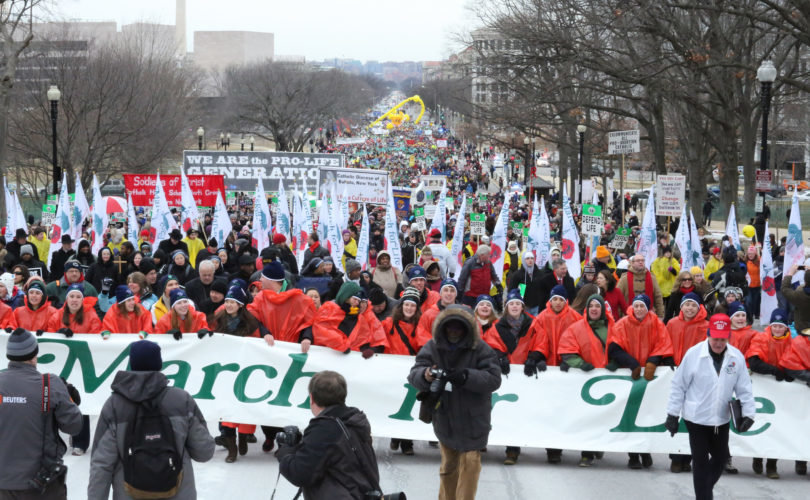 The pro-life group March for Life is taking a stand against the Obama administration's abortion drug and contraceptive coverage mandate, filing a lawsuit this week against the mandate.

The suit alleges that the HHS mandate is “illegal, unconstitutional and unethical.”

“It is arbitrary and capricious for the government to force a pro-life organization and its pro-life employees to pay for abortifacient coverage that fundamentally violates their beliefs and ethical objections in principle and in practice.”

The pro-life group is being represented by the Alliance Defending Freedom (ADF). According to ADF Senior Legal Counsel Matt Bowman, the lawsuit has a twist from the dozens that have been filed against the administration since 2012.

“It's a case that is a little bit unique among the other cases,” he told LifeSiteNews today. “March for Life is not a religious organization. Their pro-life beliefs are based on science and ethics, but not faith.”

In comparing the treatment of religious non-profits by the Obama administration regarding the mandate, including the “accommodation” made in 2012, Bowman says March for Life “doesn't even get” the accommodation.

Bowman indicated that Supreme Court Anthony Kennedy, who was with the 5-4 majority in last week's Hobby Lobby decision that went against the mandate, would support the argument of the lawsuit. Paraphrasing the justice, Bowman said that the Religious Restoration and Freedom Act (RFRA), a 1993 law passed by a Democratic Congress and signed by then-President Bill Clinton, “does not allow an agency to offer some kind of protection to some religious believers and not offer it to others.”

“Under the Equal Protection Clause, you can't say 'Well, we're going to exempt, entirely, some organizations,'” but not others that fall into the same category, or are “similarly situated,” Bowman explained.

Bowman indicated that the science of life won't matter to the case, because of the Obama administration's reasoning for the accommodation. In that reasoning, only beliefs were declared to be important. Given March for Life's beliefs opposing abortion drugs, Bowman says his clients have a strong case to make that the “minimum” of a “rational basis” for the government's mandate “doesn't exist.”

In addition to an injunction against the mandate, the lawsuit requests nominal damages, as well as court and legal fees.

Cheered by ruling on HHS mandate, Catholic educators await their day in court