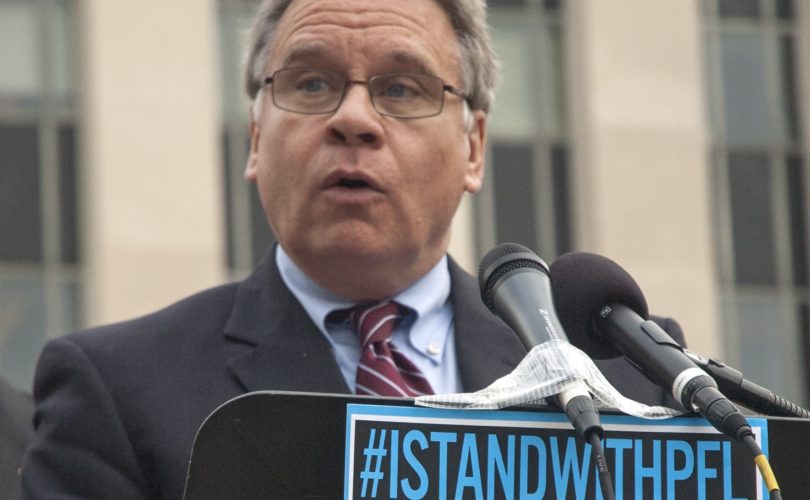 CORRECTION: The original article wrongly reported that the March for Life Education and Defense Fund had named the four lawmakers as “co-chairs” of the march. In fact, the four will lead the congressional delegation rather than chairing the march itself.

Four pro-life lawmakers in Washington will lead the congressional delegation of this year’s March for Life, scheduled for January 22.

This year’s march marks the 42nd anniversary of the 1973 U.S. Supreme Court Roe v. Wade decision legalizing abortion. The theme for this year’s March for Life is Every Life is a Gift.

McMorris Rodgers said last year in her GOP response to the State of the Union Address that her son with Down syndrome was a gift from God. Her affirmation of the child’s human dignity touched countless Americans, while it also prompted a vile threat from one abortion proponent.

The Washington state congresswoman, the 4th ranking member of House Republican leadership, is the only House member to give birth three times while serving in Congress. While she has voted for rape and incest exceptions in abortion legislation she has also supported giving all children human rights under the 14th Amendment.

Sen. Tim Scott made history in November as the first black man elected to the U.S. Senate from South Carolina since Reconstruction. He was among the members of Congress to oppose President Obama’s HHS mandate.

Rep. Dan Lipinksi from Illinois opposed Obamacare and has co-chaired the Bipartisan Congressional Pro-Life Caucus. He helped introduce the 2013 No Taxpayer Funding for Abortion Act, passed by the House in 2014. Lipinski will speak again this year as well at Chicago’s 10th annual March for Life January 18.

Longtime pro-life advocate Rep. Chris Smith, of New Jersey, has worked to support life throughout his 34-year career in the House. A Chinese woman thanked Smith for his support for human rights in China, after he intervened when she was the target of the country’s forced abortion policy. The woman named her child Li Dahai, which means, 'Our help came from overseas.'

The Republican leadership in the House of Representatives has scheduled a vote on the day of the march on the Pain-Capable Unborn Child Protection Act, which would ban abortion after 20 weeks.

“We’re hopeful that this is a sign of more prolife legislation in the future,” March for Life President Jeanne Monahan-Mancini said of the proposed law in a post from SeattlePI.com.