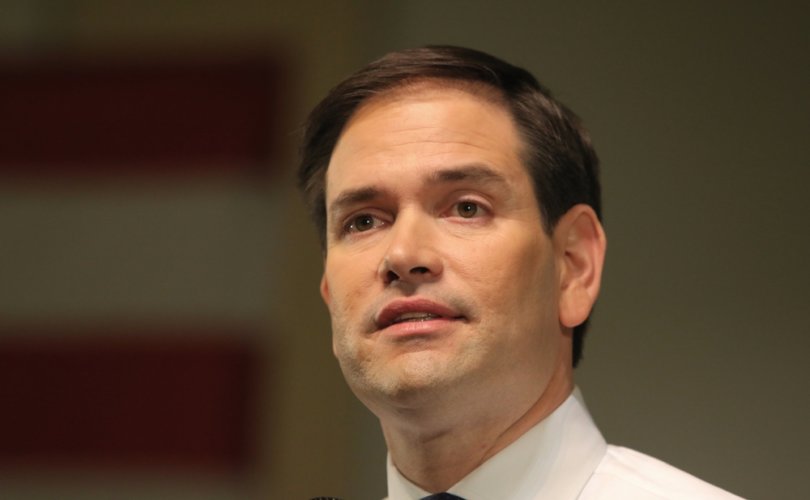 WASHINGTON, D.C., August 8, 2016 (LifeSiteNews) – The lives of babies who are born with the Zika virus are not less “worthy of the protection” of the law than any other child – and they should not be aborted, said Senator Marco Rubio.

“I understand a lot of people disagree with my view, but I believe that all human life is worthy of protection of our laws,” the Florida senator told Politico this weekend. “When you present [abortion] in the context of Zika or any prenatal condition, it’s a difficult question and a hard one. But if I’m going to err, I’m going to err on the side of life.”

“I’m strongly pro-life. I believe all human life should be protected by our law, irrespective of the circumstances or condition of that life,” he concluded.

Abortion advocacy organizations have presented the virus, which can cause unborn children to develop microcephaly, as a justification for federally funded abortion-on-demand around the world.

Hey @marcorubio! We will not let you shame women infected with #Zika for having safe, legal abortion. Got it? https://t.co/Y2tX7YeSbT #Repro

But pro-life leaders thanked him for his stance. “Senator Rubio is absolutely right. Zika should not be used as a springboard for a search-and-destroy mission against disabled babies,” said Susan B Anthony List President Marjorie Dannenfelser.

Zika has become a political football, as the condition has reached the United States, particularly affecting Rubio’s native Florida. More than 300 cases have been reported in Florida as of this writing, most in Miami-Dade County.

“Democrats in Congress ought to be ashamed of themselves for exploiting a public health crisis to try to earmark donations for the nation’s largest abortion provider, Planned Parenthood,” Dannenfelser said. “Lining the pockets of their political allies is apparently more important than a timely response to Zika.”

Dannenfelser says Brazilian journalist Ana Carolina Caceres, who has microcephaly, is “a beautiful example of how these children can indeed live and thrive.”

Senator Rubio has supported every Zika bill offered, regardless of Planned Parenthood funding restrictions, yet the issue has surfaced in his re-election bid for the U.S. Senate. Rubio is presently seeking his second term in the U.S. Senate, after finishing third in the Republican presidential primaries, where rivals attacked his position on abortion as too pro-life to be palatable.